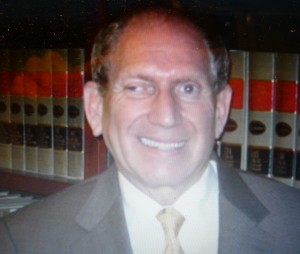 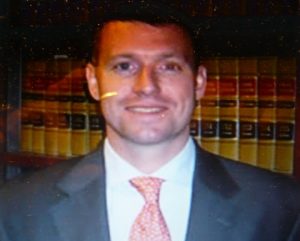 Beginning October 29, 2012, Hurricane Sandy dramatically impacted lives and property throughout the Northeastern United States, particularly in New York and New Jersey.  As with past hurricanes, Sandy has also significantly affected maritime commerce.  Channels to the Port of New York and New Jersey were closed until Friday, a number of terminals have not yet reopened, and some vessel owners have redirected ships to other East Coast ports.

Given this situation, one can reasonably expect that Hurricane Sandy and its aftermath will give rise to a range of legal considerations for participants in the maritime and commodities trading industries.  Given past experiences, we anticipate such issues will involve, amongst other things, contractual force majeure clauses.  Therefore, this note highlights several key considerations regarding force majeure clauses.

As is common knowledge amongst the readers of this note, charter parties and commodities sales contracts routinely contain force majeure clauses essentially providing that parties will not be liable for non-performance resulting from enumerated events, including Acts of God.  The basic purpose of such clauses is to relieve parties from contractual obligations where their “performance has been prevented by a force beyond [their] control or when the purpose of the contract has been frustrated.”  Phillips Puerto Rico Core, Inc. v. Tradax Petroleum Ltd, 782 F.2d 314, 319 (2d Cir. 1985).  Generally, “[t]he burden of demonstrating force majeure is . . . on the party seeking to have its performance excused . . . [and that] party [will need to] demonstrate its efforts to perform its contractual duties despite the occurrence of the [force majeure] event.”  Id.

With respect to Hurricane Sandy, there is little doubt that the storm could be described as falling within the general scope of a force majeure event.  See Ben-Trei Fertilizer Company, LLC v. Celtic Marine Company, 684 F.Supp.2d 604 (E.D.LA. 2010) (describing hurricanes as “Acts of God and/or force majeure” events) (noting that under “admiralty law, hurricanes are consistently considered to be acts of God.”).  However, the mere occurrence of such an event does not automatically relieve parties from their obligations without a causal connection between non-performance and the event at issue.  See Phillips Puerto Rico, 782 F.2d at 320 (explaining that post-shipment detention of a vessel [the alleged event] did not prevent a purchaser of naptha from paying the seller under a C&F sales contract because there was no connection between the post-shipment event and the duty to pay which had already arisen [i.e., the buyer’s payment obligation arose when the naptha was delivered to the vessel which occurred prior to the vessel’s detention]).

Therefore, before declaring force majeure, or accepting a force majeure declaration under a particular contract, parties should give close consideration to the causal relationship between the storm and the type of performance for which excusal is sought.  That is because, unless the hurricane directly prevented performance, it may arguably not constitute a relevant force majeure occurrence.

One category of force majeure dispute that is likely to arise in the post-Sandy context concerns the extent to which parties are bound to pay demurrage that would otherwise be due under charter parties or commodities sales contracts that incorporate demurrage obligations.  Courts have held that a hurricane which directly prevents discharge can constitute a force majeure event sufficient to relieve a party of its obligation to pay demurrage.  Toyomenka Pacific Petroleum, Inc. v. Hess Oil Virgin Islands Corp., 771 F.Supp. 63 (S.D.N.Y. 1991) (holding that damage which Hurricane Hugo caused to a petroleum buyer’s terminal resulted in delivery delays and thereby constituted a force majeure event relieving the buyer of its obligation to pay the seller for vessel demurrage); Total Ocean Marine Services Inc. v. Seacor Commodity Trading, LLC., SMA No. 4037 (2009) (Hurricane Gustav, coupled with the damage it caused to terminal facilities, was a force majeure event such that resulting delays should have been excluded from the vessel owners’ demurrage calculations) (explaining that it is “well-established that a charterer is liable to pay demurrage for delays except (1) where a specific provision of a charter party exonerates the charterer from liability for demurrage; (2) where the delay is the fault of the carrier . . . ; or (3) where the delay is caused by a [force majeure]”);  but see Phoenix Bulk Carriers, Ltd. v. America Metals Trading, LLP, SMA No. 4164 (2012) (neither Hurricane Gustav nor Hurricane Ike delayed discharge operations for a vessel which commenced discharge several weeks after the storms struck) (thus the charterer was not relieved of its duty to pay demurrage).

Given the foregoing, parties that might owe or be owed demurrage should carefully consider the timeline of events in order to assess whether the hurricane actually caused laytime delays resulting in demurrage.

As noted above, authorities have held that a party seeking to be excused from its performance obligations on account of a force majeure event may need to demonstrate that it used best efforts to mitigate the event’s impact.  Phillips Puerto Rico Core, Inc., 782 F.2d at 319 (“the non-performing party [generally needs to] demonstrate its efforts to perform . . . despite the occurrence [which] . . . it claims constituted force majeure.”).

Indeed, when assessing potential responses to a force majeure event, it is important to review the precise contract language at issue to see whether the agreement itself imposes a “best efforts” obligation because the existence of such an express requirement heightens the relevance of the foregoing proposition.  See  Gulf Oil Corp. v. Federal Energy Regulatory Commission, 706 F.2d 444 (3d Cir. 1983) (considering a contract where the force majeure clause limited its applicability to instances which could not be overcome “by the exercise of due diligence”) (concluding, for purposes of that case, that “in order to use force majeure events to excuse nonperformance, [the concerned party needed to] show that it tried to overcome the results of [an event’s occurrence] by doing everything within its control to prevent or minimize the event’s occurrence and its effects”) (emphasis added).

With that in mind, it is important to note that some authorities have given particular weight to due diligence / event mitigation obligations where a party seeks to completely cancel a contract following a force majeure event.  See Agrifos Fertilizer, Inc. v. Transammonia, Inc., SMA No. 4049 (2009) (finding that the particular sales contract at issue simply did not provide a right of cancellation) (“Cancellation of a contract is an extreme measure . . . and our courts have rightfully placed the burden on the party cancelling a contract to prove . . . that it was entitled to do so”) (underscoring that determination by also finding that the cancelling party had failed to use its best efforts to overcome Hurricane Ike’s impact on its terminal facilities).

In light of these considerations, parties should evaluate the feasibility of alternative courses of action which might alleviate the need to declare force majeure.  Even if such a declaration is ultimately made, the ability to demonstrate that alternatives were thoroughly evaluated could help establish that the force majeure declaration was warranted in the event that a legal dispute arises.

Possible Alternatives in the Absence of a Force Majeure Clause

In the event that a contract does not contain a force majeure clause, it may be possible to invoke analogous common law doctrines, such as the doctrines of commercial impracticability or frustration.

The United States Supreme Court has described the general scope of impracticability as requiring a non-performing party to show that: (i) a supervening event made performance impracticable; (ii) the non-occurrence of the event was a basic assumption upon which the contract was based; (iii) the party was not at fault for the occurrence of the event; and (iv) the party did not contractually assume the risk for the occurrence.  See United States v. Winstar Corp., 518 U.S. 839, 904-910 (1996).  Frustration doctrine is closely related to impracticability but the precise contours of the respective doctrines are beyond the scope of this note and can vary based upon the law applied in particular United States jurisdictions.

Thus, in the event that the foregoing factors exist in connection with a particular contract following the impact of Hurricane Sandy, the doctrines of commercial impracticability or frustration may be available as alternative grounds for the excusal of performance.

Hurricane Sandy and its aftermath will likely necessitate consideration of force majeure and other legal issues by participants throughout the maritime and commodities trading industries.  While there is an extensive body of United States case law arising from past hurricanes, it is important to keep in mind that the particular facts and contract terms of each situation are always unique and should be thoroughly evaluated with the assistance of counsel experienced in such matters.

Should you wish to discuss a particular situation, our points of contact are: