Environmental salvage – Think out of the box! 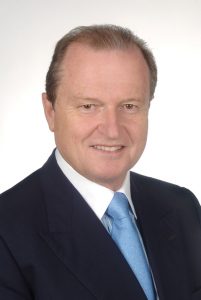 George Tsavliris replies to salvage issues at the most appropriate time, on matters which are of paramount importance, come as headlines and few can understand –needless to say that some are still unresolved:

1.      What were the major improvements in the Titanic Centenary, and how did the Costa Concordia accident influence the market with regard to Safety, the Environment and Salvage/Wreck removal?

High profile shipping disasters resulted in major improvements within marine safety and the navigation survivability standards.   Safety performance was upgraded and every day millions of tons of cargo and thousands of passengers travel by ship, safely and efficiently. The loss of the Titanic, 100 years ago, was the catalyst for key changes.   In 1914, the first-ever International Convention on Safety of Life at Sea was adopted and the IMO was established in order to promote maritime safety more effectively. The SOLAS Convention, landmark treaty on marine safety, includes regulations for ice navigation and lifesaving equipment.   It is generally regarded as the most important of all international treaties concerning the safety of merchant ships, since its main objective, is to specify minimum standards for the construction, equipment and operation of ships, compatible with their safety. A spate of tanker accidents in 1976 – 1977 led to the creation of MARPOL (the International Convention for the Prevention of Pollution from Ships), the main international convention covering prevention of pollution of the marine environment by ships from operational or accidental causes. In 1978, the International Convention on Standards of Training, Certification and Watch keeping for Seafarers (STCW), established international benchmarks in this area and set minimum qualification standards, on an international level, relating to training, certification and watch keeping for masters, officers and watch personnel on seagoing merchant ships. The Herald of Free Enterprise (1987), the Exxon Valdez (1989) and the Estonia (1994) had a similar impact resulting in the creation of Safety Management Systems under the ISM Code (International Safety Management Code). At the same time, the maritime industry has worked steadily to improve navigational aids / ATON (Aid to Navigation) including lighthouses, buoys, fog signals, and day beacons. Nowadays, the P&I Clubs as well as the Insurance companies, have become more demanding due to the rise of the values improving in this way the safety performance in maritime industry. Major shipping accidents have resulted in improving marine safety and Costa Concordia is certainly no different.

2.      Following the above, what happens when nature alerts us and we do not get the message on time?   What is the impact in the society of an ecological disaster following various shipping accidents?

Being able to predict nature is like being able to predict the unpredictable. Most of the time humans are defenseless against Mother Nature, since she has always been an unpredictable factor.   No matter how hard various scientists have tried, it is not always feasible to predict the exact magnitude of natural phenomenon. It might be considered as fatalistic but “Que sera, sera”! Even in a case where predictions have been made and precautions have been taken, the knowledge of an imminent catastrophe could cause great concern and could lead to panic and disorder, due to the incoherent reaction of the society. In such cases, governments would be able to take advantage of the chaos and mislead the public by spreading false predictions in their effort to manipulate them. Reference the Costa Concordia, although the press gave us an “unimpressive” picture of the safety, in general safety procedures and directives to passengers are much more improved. 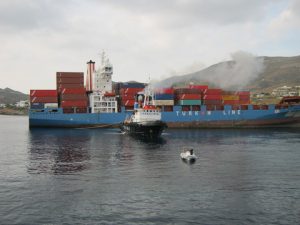 Even though the seas are safer today, the governments need to address the new risks proactively. The maritime industry is now highly regulated, with a large number of organizations responsible for different facets of safety. Governments should provide global enforcement of the adopted regulations and for the establishment of improved global procedures for search and rescue. Despite an alignment of objectives, individual enforcement bodies do not always coordinate actions, so it is important to establish authorities and institutions to enforce responsibility in the event of an incident.

4.      At what stage is safety improvement and environmental readiness of cargo ships of all types? And what about passenger, pass /”Ro-Ro” and Cruise ships?

Since the Titanic tragedy, the maritime industry has actively endeavored to improve safety records and shipping in 2012 is a far safer form of transport for passengers, cargo, seafarers and ships with far lower fatal accident rates. However, the size of the ships (there is a growing trend to “super-sized” ships) continues to increase and introduces new risks. The new risks pose challenges to insurers due to their sheer scale and value while others raise concerns on structural integrity and failure. At the same time, cruise ships pose issues in the forms of evacuation and rescue in remote environments / exotic locations. Polar waters present testing sea conditions and navigational challenges and are often far away from major shipping lanes or search and rescue facilities.   In addition, in case of a casualty, cruise ship owners have to compensate passengers who are aboard the ship for items lost and any psychological damages to each passenger who did not suffer physical injuries. Otherwise, passengers have the right to take legal actions against the cruise ship owners in order to be refunded. Simultaneously, cost pressures are pushing ship owners to source crews from emerging economies, due to lower wage demands. In such cases training regimes and assessment may be “inconsistent” and lead to variations in crew and officer competence.  Potential risks may include language barriers that might raise concern relating to communication in an emergency, or even misunderstanding in routine operations. Other significant safety risks include increasing bureaucracy onboard ships which are cited as pressure on crews and officers diverting them from other tasks and potentially compromising safety, piracy, which continues to threaten shipping and the emergence of ice shipping and its associated navigational and environmental complications. Fire remains a major onboard risk especially in “Ro-Ro” ferries and also on passenger ships with increased services and large number of passengers. Last but not least, the human factor in maritime operations remains critical despite 100 years since the Titanic, of technological and regulatory improvements in safety as risks such as fatigue can be significant causes of accidents. 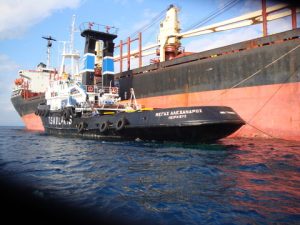 5.      Is the Mediterranean ready to tackle a tsunami similar to the one in Messina, Sicily back in 1908?

I do not believe anyone or any place is ready to tackle a tsunami. In 563 AD Geneva was devastated by a tsunami. Who would have expected for a tsunami trigger off in lake? Although a millennium-and-a half ago, Geneva was destroyed by a giant wave, recent research suggests that something similar could easily happen again. Natural disasters are beyond our control and when unpredictability does not allow for vigilance and preparation. In the last decade we witnessed two enormously destructive tsunamis, one in 2004 in Thailand and one in 2011 in Japan, and the devastation was unfathomable. Not only are the consequences dominated by tales of death, suffering, and the physical destruction of infrastructure, but ecosystems and other species are also afflicted. I would like to believe that the Mediterranean would tackle the aftermath of a tsunami in the same way as the Japanese: in a dynamic, organized and efficient way.

6.      Are MEPA’s doing a good job and how are their efforts and results seen by governments and the IMO?

MEPAs were born from a personal voluntary initiative envisaged by the late Greek ship owner, George P. Livanos, who concerned about the pollution of the seas due to ship operations, formed HELMEPA back in 1982.  HELMEPA’s Founding Declaration provided that an international effort to combine regulation and voluntary will to eliminate ship-generated marine pollution and improve safety at sea.  In this concept, CYMEPA, TURMEPA, AUSMEPA , NAMEPA, UKRMEPA and URUMEPA, sister Organisations were established. In June 2006, AUSMEPA, CYMEPA, HELMEPA and TURMEPA emanated to a final consolidation INTERMEPA (International Marine Environment Protection Association).  INTERMEPA is a voluntary, non-governmental and non-profit Association, in Athens, Greece. MEPAs are very efficient and conduct a uniform public awareness campaign with top priority to offer young schoolchildren in every MEPA’s country a specially designed education on marine environmental and ways to prevent its pollution. It is better to cultivate children’s awareness through education systems that enhance their sensibility. Being able to see the world through a child’s eye might be more effective than strict laws and regulations. MEPAs add in a very substantial way to the guidance of every person on the long term repercussions of pollution.

7.      What’s the latest on LOF? A new LOF was published in 2011. The changes made to the ‘over a century’ old contract itself are two. Firstly, the details of LOF awards are available on the Lloyd’s website (although only by subscription) – which alters the traditional confidentiality to the parties of an LOF arbitration and makes it more “transparent”.  Secondly, Lloyd’s now requires that all agreements to use the LOF be reported to Lloyd’s. Sadly the new LOF 2011 and the LSSA clauses did not include a new clause (the introduction of Article. 15) or an amendment (to Article. 13 and to Article.14) for environmental/liability salvage. In my opinion the whole directive cannot respond to the needs of the market. The market does not have the level or the maturity to address the issue of the environmental salvage.   The overall financial restraints existing in the market and the cautious attitude rendered this directive to a wrong timing. It needs more time to address. If you want to handle the environmental salvage you have to be in the position to think out of the box.

SCOPIC has been a very worthwhile development. Salvors are responding to difficult casualties with greater confidence. It has also introduced improved opportunities for co-operation and communication and a reduction in confrontation.   In a nutshell, SCOPIC substantially improved the mechanism for assessing special compensation, while retaining the principle behind it. However, like Art. 14 of the Salvage Convention 1989, it is still in essence a “safety net” – not a method of rewarding salvors for the protection of the environment. It should also be pointed out that, although the International P&I Group agreed to a Code of Conduct regarding payment of the SCOPIC remuneration, things are different in real life.   P&I Clubs are often unwilling to put up the requested SCOPIC security.  Furthermore, they invariably scrutinise the SCOPIC claim submitted by salvors, with a view to substantially reducing their claim or they even put a “cap” on the SCOPIC claim, thus prohibiting salvors from recovering at least their expenses. In one of Tsavliris’ most important salvage operations, as a result of “capping” by the P&I Club involved, we only received a portion of the remuneration. Effectively – for the sake of a few million dollars – the ship/ cargo were probably lost.  Eventually, another “cheaper” Salvor was engaged to complete the operation. That is exactly what LOF/ SCOPIC were designed to avoid! Squabbling over money – while the casualty is in imminent peril. Lesson learnt: Don’t tamper with well-thought out industry standard contracts.