ITF condemns “unprofessional conduct” of port employers in the US 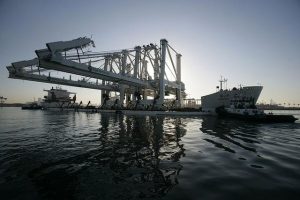 The ITF has denounced the actions of employers in the US ports of Los Angeles and Long Beach after they abandoned negotiations with the union, leaving a dispute involving hundreds of striking clerical workers unresolved.

The six hundred workers, represented by the ITF-affiliated International Longshore and Warehouse Union (ILWU) have been on strike since 27 November in an ongoing contract dispute; they have been without a contract for two years and are fighting to prevent the outsourcing of jobs. Despite the ILWU’s best efforts to reach a negotiated settlement, which included offering to enter into “marathon” bargaining to resolve the dispute, the employers walked away from talks on 1 December. As negotiations resume, the ITF, hopes that the employers will remain in discussions until an agreement is reached.   ITF acting general secretary Stephen Cotton said: “The ILWU wants to bargain for an agreement to reopen the ports and end the strike but apparently the employers are not committed to doing what it takes to achieve a resolution. The ITF strongly condemns such unprofessional conduct, which harms the port and its working communities. We support the ILWU and are following up this dispute at every level.”

“Following high-level meetings last week, seafarers’ and dockers’ leaders are already acutely aware of this dispute, and of the negative impact of outsourcing for decent work throughout the industry; they have resolved to show solidarity, ” he added.

The ITF dockers’ section is asking affiliates to be prepared to provide lawful solidarity action if necessary. It has also contacted ship owners to ensure that crews on vessels covered by ITF agreements are aware of the dispute and are advised to respect the strike, in accordance with the terms of their agreements.