In the wake of Algeria: Expert advise for business in the aftermath of Trauma 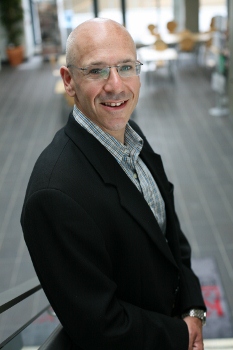 “Support your people by following the very sensible advice within nationally approved guidelines and employing a period of ‘watchful waiting’ as the first step”: that’s the advice for organisations that are faced with the unenviable task of looking after employees following devastating events such as the recent terrorist attack in Algeria.

Professor Neil Greenberg, an academic at King’s College London and occupational psychiatrist, is one of the UK’s leading experts in post-traumatic stress disorder (PTSD). He says: “It is, of course, tempting for organisations who want to do the best for their people following a traumatic event to immediately offer them ‘instant therapy’ to help them ‘get over’ what they have experienced. Evidence suggests, however, that this is not the best course of action and can, in some cases, lead to a deterioration in mental health or have other damaging effects.

“Individuals are, of course, likely to experience a range of reactions to any terrible event they have experienced – and there are countless symptoms that may constitute someone’s psychological response. However, for most people informal support from colleagues, family and friends and engaging their usual coping mechanisms will see a return to ‘normal’ functioning after a few weeks.

“It is really important for organisations to have evidence based processes in place before a traumatic event occurs; the military principle of ‘rain hard, fight easy’ applies to pre-incident preparation too. After an event, forward thinking organisations should ensure that they make informal support easily available and to actively, but sensitively monitor how personnel recover. Information should also be provided to family members of those affected as well.  Additionally anyone who is still suffering after a few weeks after an event should be identified and then offered the right help.”

Professor Greenberg recommends the following three steps for organisations in the wake of a traumatic incident:
1.      Best practice, in accordance with National Guidelines from the National Institute for Clinical Excellence (NICE), is for personnel who have been exposed to potentially traumatic events to be “watchfully waited” upon for about a month post incident. This does not mean doing nothing! This period should ideally be delivered by line management or colleagues through a system such as Trauma Risk Management (TRiM – a peer support system widely used by organisations which operate in higher threat environments) rather than by medical/counselling/mental health operatives.
2.     The National Guidelines also suggest that personnel should be checked upon about a month or so after the incident to ensure that they are not suffering with emergent symptoms of traumatic stress-related conditions. These checks can be done by appropriately trained people who have experience of working with personnel who have been exposed to trauma.
3.     Where people are spotted as possibly having a post trauma mental health problem, then, subject to the results of a formal mental health assessment, evidence-based therapies should be delivered by appropriately trained, experienced and supervised mental health professionals.

Professor Neil Greenberg has supported many organisations in the face of traumatic events, including in the aftermath of 9/11; the London bombings of 2005; hostage situations; the recent events in North Africa and, over the years, has helped countless Military personnel returning from operational duty. He was at the forefront of the development of TRiM, widely used by the UK Armed Forces and now runs an occupational mental health consultancy – March on Stress – the UK’s leading commercial TRiM training provider, which supports the work of security companies, oil and gas companies, media, emergency services and a number of Government departments.

Most port operations continuing in Port Said, Ismailia and Suez – despite state of emergency