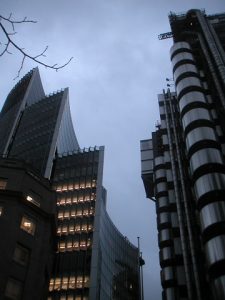 Friday 01 Feb 2013 A growing number of syndicates are using Lloyd’s platform by placing their own underwriters in China.

This along with a licence granted in 2012 to underwrite direct business, are encouraging developments which should bring real benefits in the long term, says Eric Gao, Chairman and CEO at Lloyd’s Insurance Company (China) Limited.

Lloyd’s total premiums from China-based business – written from London, Singapore, Hong Kong and Shanghai – have grown from $70m in 2007 to around $300m in 2011. Lloyd’s China, which provides underwriters with a platform in Shanghai, is playing an increasingly important role in growing Lloyd’s China premium, says Gao, speaking ahead of a Market Presentation at Lloyd’s in London on 31 January 2013.

“China’s continued economic prosperity is a huge attraction, particularly at a time when Western economies are struggling to achieve any level of growth, ” says Neil Wray, Regional Managing Director for Kiln in Asia, which already has operations in Singapore and Hong Kong.

“This is the first step of a long term strategy for Kiln in China as we look to build our business with Lloyd’s (China). The benefits will come from tapping into China’s economic growth, which will act as a catalyst for insurance demand, and the distribution of Kiln’s specialty reinsurance product offering.

The medium to long term prospects are really exciting, ” he says.

Getting to know your market

Having a local presence will give syndicates an edge, says Gao. “Lloyd’s China gives managing agents an opportunity to have a physical presence in China – allowing them to work with the local brokers, building relationships and getting closer to the risk, ” he says.   The platform is capitalised by Lloyd’s which means managing agents need do not need to provide separate capital, while Lloyd’s China provides office space and administrative functions. The platform also looks after relations with the Chinese insurance regulator, taking care of regulatory reporting and compliance.   “The Lloyd’s China platform was extremely accessible and efficient for Lloyd’s syndicates wanting to access the China market, ” says Wray.

Lloyd’s Vision 2025 sets out a clear strategy for the future with China as one of the top priorities, says Gao. “As Lloyd’s General Representative for China my role is to boost growth in Chinese premiums, whether they are underwritten in London, Lloyd’s Asia in Singapore or Shanghai”. Lloyd’s has been writing reinsurance in China since the market opened up in the 1970s, and established Lloyd’s China in 2007 as a platform to help managing agents access the market.

In May 2010 Lloyd’s China received a licence to write direct business, in addition to its existing reinsurance licences. Eric Gao says the direct licence is an important step for Lloyd’s in China and is a big opportunity for the market’s underwriters in the long term.

Despite a fragile global economy, China’s economy grew at almost 8% in the fourth quarter of 2012, a figure that it is expected to be exceed this year.

Economic growth has underpinned the rapid expansion of the country’s insurance market, which has grown in both size and maturity, says Gao. Growth in China’s insurance market remains stable with non-life insurance premiums increasing by around 15% in 2012 to RMB533bn, almost double the growth rate of GDP.

Demand for specialist commercial insurance is also being driven by the increase in foreign direct investment as well as the expansion of Chinese companies overseas and into more high-tech sectors. Eric Gao believes as Chinese companies expand there will be more demand for the types of products Lloyd’s underwriters excel at.