What do the United States, Kazakhstan, Belize and Egypt have in common? They are all on the Paris MOU’s gray list of countries with too many port state detentions. And this is not news. It’s been three years now since the US Merchant fleet was dishonored and embarrassed with ademotion from the white list of best-performing flag nations to the gray list of countries with only marginal performance. But is the US fleet improving? Capt. Eric Christensen, USCG chief of Commercial Vessel Compliance answers that question in the following article: 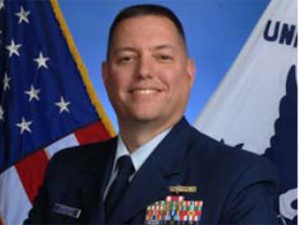 This pattern, writes Captain Christensen, is illustrative of a decline of registry performance, which has firmly landed the U.S. on the “gray list” in at least one of the regional PSC regimes since 2008. This status is indicative of an average performance over the preceding three years and signifies the necessity to implement immediate corrective action. As a result of “gray list” categorization, U.S.-flagged vessels are subject to increased PSC scrutiny and examination frequency. Compounded with the results from Coast Guard and class oversight efforts, multiple substandard conditions have been identified and attributed to habitual offenders indicative of a flawed safety management culture.

As a result of “gray list” categorization, U.S.-flagged vessels are subject to increased PSC scrutiny and examination frequency.

The objectives of SOLAS Chapter IX and the ISM Code are to ensure safety at sea, prevent injury or loss of life, and to avoid environmental and property damage. ISM Code requirements outline processes of communication, training, and actions to continuously maintain the ship in a state of compliance with the applicable safety and environmental protection regulations. Specifically, the code seeks to develop a “safety culture” which addresses human error and human omissions.

To accomplish its objectives, the code requires owners and operators who have assumed responsibility for their respective vessels, to implement safety management systems (SMS) for their companies and ships. The ability to implement an effective SMS and to foster a “safety culture” throughout all levels of the organization requires a staunch commitment from the upper echelons of management, to the international standards for the safe management and operations of ships.

In an effort to address the decline in statutory and international convention compliance of the U.S. fleet, the Coast Guard has initiated a campaign focused on holding repeat offenders accountable by targeting the company SMS for increased oversight and compliance verification at the management level.

In a recent case, objective evidence of continued non-compliance with the requirements of the ISM Code, applicable international conventions, and flag state regulations as well as a systemic failure to adequately implement company policies and procedures led to the first-ever revocation and cancellation of a U.S. company’s ISM Document of Compliance (DOC). A review of attendance reports, documented by various authorities including port and flag states, clearly established a pattern of habitual disregard for rules and regulations. There was also a repetitive inability of the company to implement effective corrective action, both indicative of an ineffective SMS.

The Coast Guard is asking U.S.-flag vessel owners and operators to take the steps necessary to mitigate the detention of vessels overseas. Verifying that vessels meet applicable requirements under SOLAS and that crews are compliant with STCW in advance of foreign voyages and port calls can go a long way toward improving our international standing.

Captain John Konrad is co-founder of Unofficial Networks, Editor In Chief of gCaptain, and author of the book Fire On The Horizon. He is a USCG licensed Master of Unlimited Tonnage and, since graduating from SUNY Maritime College, has sailed a variety of ships from ports around the world.