Use of rehabilitation in personal injury claims continues to rise 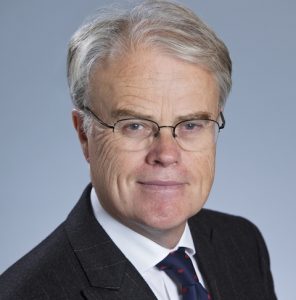 Nearly two thirds of practitioners say they are ‘totally’ or ‘very’ satisfied with the Code’s wording, and the report concludes that there is no need to make any changes at present. More than three quarters of respondents regard the Code as ‘helpful’, whilst only around 4% describe it as ‘unhelpful’.

Meanwhile, the use of rehabilitation when handling personal injury insurance claims has continued to rise, the survey found. The vast majority (81%) of those who took part felt it had gone up at least slightly; 51% of insurers said it had increased substantially.

There continues to be a variation between the different types of claim, however, with bigger injuries much more likely to receive treatment than those with a lower value. The quality of case managers and other care providers remains an issue, especially for insurers and their legal representatives, and may be holding back the use of rehabilitation.

The findings show how much progress has been made. A similar exercise in 2001 revealed that hardly any practitioners used the Code and many, especially claimant lawyers, were unaware of its existence.

A follow-up report in 2006 found that knowledge had increased, but that the impetus for rehabilitation came overwhelmingly from insurers. By contrast, the latest investigation finds it is just as likely to come from claimant lawyers who say it is part of their duty to clients, whilst their suspicion of rehabilitation is much less than it used to be.

Confrontation over the choice of care provider has also diminished. Most insurers say is it is rarely, if ever an issue, although it remains a serious problem for a minority of claims handlers.

“Our survey shows there has been a sea change since the early days, that the Rehabilitation Code is now a normal, well recognised part of handling personal injury claims. This is a massive achievement by the insurance industry and also by the organisations representing personal injury lawyers who have put so much effort into developing the Code and spreading the message, ” said IUA-ABI Rehabilitation Working Party chair Mark Baylis.

“As a result hundreds of thousands of injured people have had treatment they might otherwise not have received.

“That is not to say things are perfect – far from it. But the important thing is that the momentum continues to be in the right direction.”

“This survey is very encouraging, and demonstrates that the insurance industry continues to lead the way in supporting rehabilitation.  The Rehabilitation Code may have been a radical innovation in its day but is now an established part of the personal injury claims process, ” said ABI head of Motor James Dalton.

“It is heartening to receive independent verification of the increased uptake of rehabilitation for injured people caught up in a litigation claim.  It is now incumbent on all of us to try and ensure that the uptake of the UKRC Rehabilitation Standards is as far reaching as the Rehabilitation Code has been.  This will provide vital quality safeguards that many people have been asking for over a long period of time, ” said Amanda Stevens, past President and rehabilitation champion at the Association of Personal Injury Lawyers.

”FOIL welcomes the Rehabilitation Working Party review of rehabilitation in the claims process and is pleased to see the support it gives to enable injured claimants return to work which, in addition, helps to defray the cost of claims. We were pleased to note that 88% of FOIL Members who took part in the survey used the Code at some time in the claims process. FOIL will continue to work with all stakeholders to use rehabilitation appropriately and cost effectively, ” said Mike McKenna of the Forum of Insurance Lawyers and a long-standing member of the working party.

The research took place in the latter part of 2012. As well as representatives of the insurance and reinsurance industries, the IUA-ABI Rehabilitation Working Party includes claimant and insurance lawyer representatives, care providers from the private and public sectors and the NHS Litigation Authority.

The full report is attached; kindly log on: Rehabilitation Report

The World, Europe and Greece – a political, economic comment from a shipping perspective – part 2.

I find this report to be rather disturbing in its nature,as the mother of a now dead son aged 26 ex royal marine who was working for the maritime industry as an armed guard against piracy he contracted malaria whilst at sea on a crude oil vessel, he was left for 6 days without correct medical care and no trained medic or any one trained to use equipment to sustain my sons vital organs!

WHAT A LOAD OF RUBBISH I am having to fight for compensation for my son,s loss of life due to the negligence of the maritime industry! You do not pay out insurance unless a simple accident occurs which did not happen in my sons case, can you clarify an accident or do people choose to die from malaria?