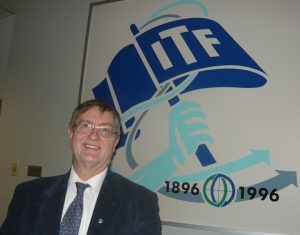 18 April 2013 – The International Transport Workers’ Federation (ITF), representing around 700 unions with over 4.5 million members insome 150 countries, today called for the democratic electoral processes in Venezuela to be respected.

The ITF welcomed the election on 14 April of Nicholas Maduro Moros, former leader of the ITF affiliated SITRAMECA trade union, who has already demonstrated his respect for workers’ rights and commitment to social justice,   and  who is overwhelmingly supported by all  ITF affiliated unions in the country, including the newly formed National Transport Workers’ Federation.

ITF general secretary David Cockroft commented: “The ITF is extremely concerned that some interests in Venezuela now appear to be intent on overturning a peaceful electoral process in which 80 per cent of people voted and  which was monitored as fair and transparent by international organisations such as the Mission of Observers of the UNASUR (Union of South American Nations) and the Inter-American Union of Electoral  Organisations. The election result has also been recognised by most other Latin American countries.”

ITF president Paddy Crumlin stated: “The ITF joins its affiliates in strongly condemning any attempt to ignore the lawful result of this election. Such attempts now seriously threaten the country with violence, and risk undermining democracy and workers’ rights in Venezuela.”