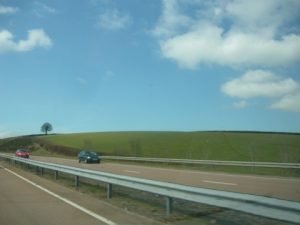 Thu 02 May 2013 – Food security is increasingly becoming an oxymoron in many parts of the world. From last year’s droughts which decimated US crops to the recent European horsemeat scandal, the ability to produce enough food for the world is once again under the spotlight.

While climate change, commodity speculation and the rise in meat and dairy consumption regularly grab the headlines, our new report highlights agroterrorism as a rising threat to food security – in addition to these better-known risks.

‘Feast or Famine: business and insurance implications of food safety and security’ looks at issues as diverse as globalisation, water security and land availability, and suggests the food sector is increasingly vulnerable to attack.

There is already a well-documented history of such attacks. In 1952, Kenya’s Mau Mau used the African milk bush to poison cattle. In 1978, the Arab Revolutionary Council poisoned Israeli orange crops with mercury, leading to a decline in orange exports. In 1997, Israeli settlers used pesticides to destroy 17, 000 metric tonnes of Palestinian grapevines. Even more recently, US security officials have warned that al Qaeda have undertaken research into poisoning public buffet bars with lethal toxins such as ricin and cyanide.

Because food chains have so many points of vulnerability, potential threats to them can include anything from the sabotage of open field crops and water pipes to deliberate contamination or destruction of food reserves.

Given that the geo-political and ideological issues which generate these threats are usually beyond the immediate control of the food sector, managing the risk requires a thorough analysis of each part of the food supply chain. It’s here that the expertise of specialist risk managers and anti-terrorism experts, such as those who advise hotel chains in areas of high political risk, can pay dividends.

Depending on the degree of risk and the relative impact an attack would have, food business can take a number of steps. They may decide to replace ‘just in time’ stock levels with more substantial ‘just in case’ models, retrofit their warehousing and factories for added security, increase food safety  testing or front load the value of their business interruption cover.

The longer a supply chain becomes, the more vulnerable it will be to damage to its weakest link. By pinning down these points of vulnerability, and taking expert steps to strengthen them, commercial food producers can do much to protect both their businesses and their consumers from the agroterrorist threat.

“Food security is a huge issue for businesses, governments and society. As populations grow and climate change and competition for land use are taken into consideration, the problem of securing future food supplies is only going to get worse” says Neil Smith, Lloyd’s Emerging Risks & Research Manager.

He continues, “Insurance is likely to play a key role in mitigating some of the risks relating to food security, including agroterrorism.”