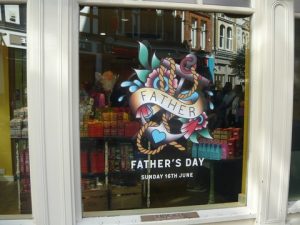 The shipping industry greatly influences the world of fashion and let’s face it: the rag trade owes to a greater extent its success to the sea-factor in fashion. “Britannia Rules the Waves”, is not by chance the cliché for the Great Britain!

It was yesterday that I decided to take my… crutch and go for a scroll down the West End in London and in particular down Regent’s Street. 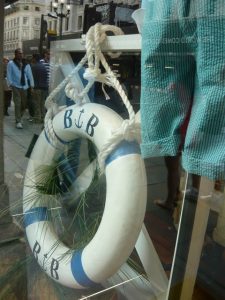 From the Brooks Brothers window display

Most of the shops window displays had themes from the sea; be it a pier for entertainment, or a marina, or the sea-side, or the deck of a cruise ships, or yachting equipment or sea-sports games, you name it was there. The sales personnel too were very friendly and allowed me to take some shots with my discreet camera. Some stores had also real equipment from ships, such as air-changes ventilators, ladders, deck houses, all in tact there! And with Father’s day on the 16th of June, Liberty’s couldn’t go wrong in using a sea-based design for the poster in their window and on specially erected displays on the pavement! Excellent! 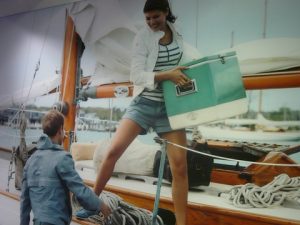 Sea-wise fashion for holidays on board cruise ships, particularly with today’s mega-cruise ships is not just up and coming, is the industry’s focus. Needless to say the fashionistas’ madness with yacht-fashion! It is estimated that something in the tune of US$ 200 million dollars are spend every year for the sea-wise fashion only on board the cruise-ships and another US$ 150 million for the yachting glitterati.  Add the …off-shore expenditure and you have the US$ 3 billion market, buoyant and floating! 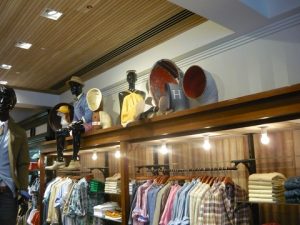 The Tomy Hilfinger one

I left last to tell you about the environment and its preservation. Selfridges are running a display event at the ground floor of their Oxford Street flagship department store on the Project Ocean; a unique effort to teach us all on Selfridges long term commitment to encourage consumers say “no to” endangered fish promoting sustainable fishing and the protection of the marine environment. This site is very sensitive on the marine environment with over 392 articles/news insertions plus 93 on Oceanology!

Project Ocean includes a fund raising campaign to help the Zoological Society of London (ZSL) establish marine reserves around the world to safeguard local fish species and their ecosystems, allowing stocks to grow, migrate, and replenish  the oceans. The first community-managed Selfridges Marine Reserve is 50 hectare area (the size of 13 Wembley Stadiums) around Matabao, Tubigon in the Philippines. 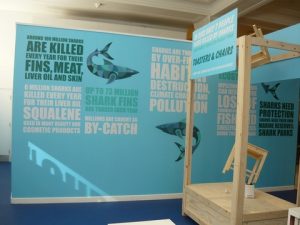 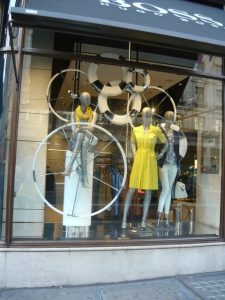 Worth also mentioning the Marine Conservation Society who helped greatly in preparing all information for a guide given to all visitors of the exhibition. The Marine Conservation Society (MCS)  is a national UK charity dedicated to protecting the marine environment and its wildlife. The MCS wants to see better protection for marine wildlife, sustainable fisheries, and clean seas and beaches. Viewers can visit MCS’s website and obtain the latest advise on the fish to eat and fish to avoid, so log on www.goodfishguide.co.uk.- 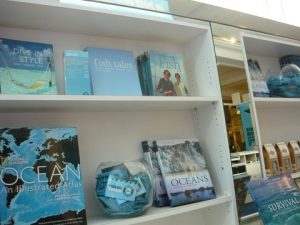 Books etc from he Project Ocean

A great number of books was on display, as well as sea food and cosmetics, one of them being the series of Crème de la Mer, a very interesting and well produced series of these miraculous sea resources!