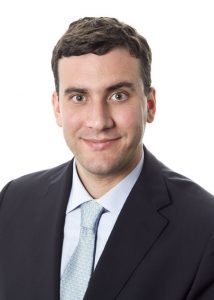 The ferry services market between Italy and Sardinia is currently being investigated in-depth by the Italian authorities. Coincidentally, the European Commission (the “Commission“) has also extended the scope of an investigation opened in October 2011 into public support measures in favour of companies of the former state owned Tirrenia Group (the “Tirrenia Group“). The Commission will now also investigate the conditions of their privatisation and whether several measures granted by Italy to these companies are in line with rules on state aid and on Services of General Economic Interest (“SGEI“). A similar investigation involving Société Nationale Corse-Méditerranée (“SNCM“), a French operator, has been recently decided. It was held that the aid received by SNCM under a public service delegation agreement concluded with the Corsican regional authorities for an “additional service” to cover peak periods on the route between Corsica and Marseille for the period 2007-2013 was not justified under the SGEI rules and about €230 million must therefore be refunded.

In 2010, when the troubled Tirrenia Group collapsed, some of its competitors, Moby S.p.A. (“Moby“), Marinvest S.p.A. (“Marinvest“) which also controlled two other operators, Grandi Navi Veloci S.p.A. (“GNV“) and SNAV, and Grimaldi Compagnia di Navigazione S.p.A. (“Grimaldi“) set up a special purpose vehicle, Compagnia Italiana di Navigazione S.p.A. (“CIN“) that made a bid to the Italian government to buy Tirrenia Group. Grimaldi and Marinvest eventually withdrew from the joint venture after the opening of an investigation on concentration by the Commission and thereafter CIN (in a new shareholders composition) succeeded in its bid.

However, on 11 June 2013 the Italian Competition Authority (the “ICA“) found that at the time of their joint venture the fore mentioned operators conspired to raise the prices of tickets between 40% to 65% on certain routes. As a result the ICA imposed on them fines of more than €8 million in aggregate for anti-competitive conduct. Remarkably, the amount of the fines originally set was reduced by 30 per cent because all of the four companies were running at a loss. In coming to its decision the ICA assessed the market trends and whether such significant price increase could have been caused by other factors affecting the ferry industry, such as the high degree of price transparency in the market (results from the investigation suggest that each company regularly monitors the prices and conditions offered by its competitors), the cost of bunker (40% more expensive in the relevant period) or the previous losses suffered by the companies. As a result of the failure of the parties to provide alternative explanations on the alignment of their prices, the ICA concluded that the companies must have engaged in anti-competitive practices, especially taking into consideration that the same market had seen fierce competition among the same players in the previous years.

On the other hand, the ICA dropped its investigation of another operator, Forship S.p.A., better known under its trading name of Sardinia Ferries, because according to the ICA (i) in determining its prices this operator just followed the decisions of the leader of the relevant market and its main competitor (Moby) on the most profitable route from Leghorn to Olbia and (ii) there was no evidence that Forship S.p.A. had been involved in the conspiration.

Moby and GNV have already announced that they contest the findings and will appeal.

The Court of Genoa shall now decide whether to admit a class action filed by over 4, 900 consumers. If admitted, the suit would be the first genuine follow-on class action based on an authority ruling to be heard before an Italian court under the provisions for collective redress recently introduced in Italy.

Following the recent decisions in the Sardinian case, the ICA is now looking into the ferry services in the Strait of Messina and the Gulf of Naples and Salerno and observers will be watching these cases with interest. Further, the ICA has recently announced that another investigation has been opened against CIN and Moby for alleged breach of binding commitments imposed at the time of the purchase of Tirrenia Group and a decision is expected by the end of the year.

The above decisions will create precedents not only for the Italian ferry industry but also for other shipping sectors. In this respect Julianne O’Leary, head of Stephenson Harwood’s competition practice, is of the opinion that shipping is and will remain an area of interest for competition authorities at EU and national level.