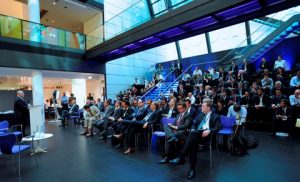 The 8th Annual Greek Roadshow for which we have referred live on SBC TV on 29 August and 5th of September, organized by the Athens Exchange with Bloomberg’s support took place in London on the 5th and 6th of September

During the two days of the event approximately 1000 meetings took place between 200 fundmanagers and the 28 listed companies that participated in the Roadshow.

The following companies that are listed on the Athens Exchange participated in the 8th AGR:

This year, the interest of foreign investors in the Greek market was at the highest level ever in the history of the event; a significant number of funds participated for the first time, requesting meetings with the Greek listed companies. This additional demand led to the extension of the event in order to accommodate this significant interest by investors. 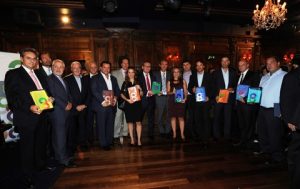 Institutional investors from the UK, Switzerland, Germany but also the USA and Canada participated in the Roadshow. 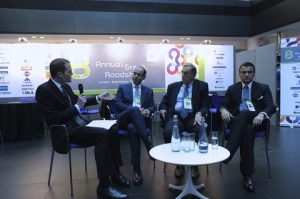 During the 8th Annual Greek Roadshow, the Chairman of Athens Exchange, Mr Socrates Lazaridis, was invited at Bloomberg TV and had an interview with Manus Cranny, presenter of “On the move” show (link below): http://www.bloomberg.com/video/lazaridis-sees-investor-interest-in-greek-banks-XYjYBH0iSAemDYvYJpIE9Q.html

Esbjerg on the world map of energy