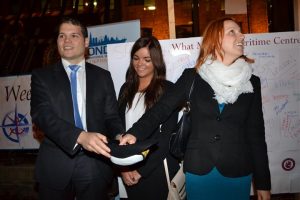 The Shipping Professional’s Network London (SPNL), hosted a London International Shipping Week event which coincided with the launch of the first ever Next Generation Confidence Index.

The Index conducted by SPNL in conjunction with Moore Stephens canvasses the opinions of young professionals working primarily in the shipowning, shipbroking, ship management, chartering, advisory and associated industries in London . Respondents were asked for views on the current state of the market, and how they believed it would perform in the next twelve months. The Index will form a part of the SPNL Future-London Report – a report to which has the central theme to brainstorm how we can make London more attractive to both talent and investment. Shipping sector directly employs 263, 000 people and contributes £32bn to the UK economy, with the City being an essential part of the wider UK industry. A further “fun” dimension to the evening was to invite all attendees to answer the question, “What makes a leading maritime centre?” Each person handed in their business card with their answer. The winner was Dr Robyn Pyne (Senior Lecturer Plymouth University), who won a guided tour of the Golden Hinde and dinner for three. Comments are to be included in the SPNL Future-London report. 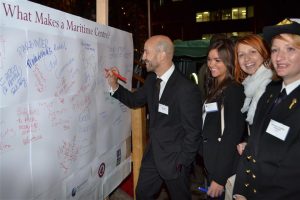 Phil Parry signs the board of “What Makes a Maritime Centre?” in the presence of female members and guests – Eloise Hardy, Aleksandra Czerlonek and Rhiannon Pritchard (Deck Officer Cadet at Trinity House)

The launch coincided with the unveiling of the re-branded SPNL logo which took place on board Sir Francis Drakes GOLDEN HINDE on Tuesday night the 10th of September. The venue of choice was fitting to showcase the UK’s maritime credentials, as the Englishman Sir Francis Drake became the first sea-captain to survive a circumnavigation of the globe in his vessel The Golden Hinde. Guests were met with a string quartet as they walked up the red carpet.

Claudio Chiste, Chairman of SPNL said: “Being the pre-eminent meeting place for young shipping professionals also means that one of the strengths of SPNL is the wide variety of professional backgrounds represented among members. Apart from making industry contact through networking events, the vast network of London-based shipping professionals (over 1, 000) could also be tapped into to assist Governments, Private Sector and the international shipping community to provide a ‘fresh’ view to the many challenges we face, namely attracting, nurturing and retaining of talent and investments. ” 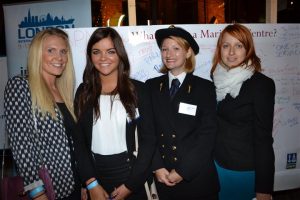 Minister for Shipping and Ports Stephen Hammond MP, who was not able to attend due to the Welcome reception at Lancaster House, sent the following message: “London International Shipping Week was a great opportunity for London and the whole of the UK to showcase the wealth of talent in the maritime sector and the range of maritime services we have to offer. I am keen to ensure that we nurture the skills and expertise of our young professionals and the extra 25% funding to support maritime training for sea cadets, demonstrates this commitment. I would like to thank SPNL for the support and encouragement their network provides for young professionals in the shipping industry” 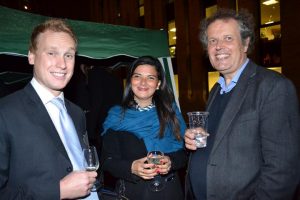 Phil Parry, Chairman of Spinnaker Consulting Ltd, said: “We at Spinnaker are very proud to be co-sponsors of this event with DNV. The SPNL is giving London shipping both the business and social network that is much needed and I wish to congratulate SPNL Board and their hard working volunteers on job well done.”