Large Turnout at WISTA meeting with VTTI and Sapienda Economics 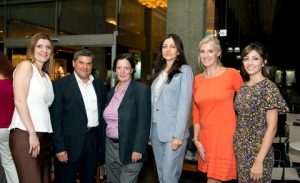 The September Member’s Meeting of the Cyprus Women’s International Shipping & Trading Association (WISTA) had a large number of participants. During this first event after the summer holidays more than 70 men and women from various sectors within the maritime cluster attended presentations by George Papanastasiou of VTT Vassiliko and Fiona Mullen, Director of Sapienta Economics, among them the Ambassadors of Germany and the Netherlands.

Papanastatiou explained how important the VTT Vasiliko project is for the strengthening of the island’s economy, and how it is progressing. He also clarified that our stable political situation is the reason Cyprus, and not some other country in the region, was chosen for this prestigious plan. He underlined the importance of a stable political and economic climate for project’s further development as well as for the successful creation of an “Energy Hub” in Cyprus.

Six months after the March 2013 events, Fiona Mullen shared her insights about the Cypriot economy. Even though the worse may yet to come, considering the Troika imposed austerity measures, she has some good news as well; the GDP decline is not as bad as feared by the Troika, the export is booming and the economy seems to be undergoing a quality “re-think and re-shape”. 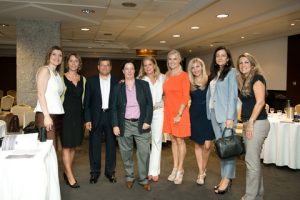 WISTA Cyprus President, Despina Panayiotou Theodossiou announced the theme for the WISTA International AGM and Conference to be held in Cyprus in 2014: “SHIPPING CONNECTS” and presented the website and first brochure for the event to the participants. The wistacyprus2014.com website will be activated immediately after this year’s global conference being held in Montreal, the first week of October.