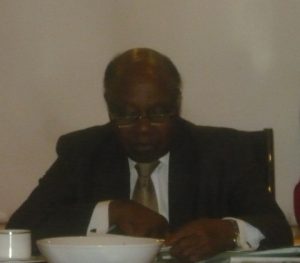 Countries are signing maritime conventions even though they might be short of the means to implement them, the distinguished jurist Dr Thomas Mensah has warned.

During a presentation in London to the 2013 third quarter meeting of the professional network Afrimari, Dr Mensah was asked how he saw the regulatory environment in countries in Africa.

Dr Mensah underlined that countries ratifying a convention might lack the legislation required to implement it.

“A lot of them are not even aware of the existence of the convention and that is because there are very few countries in Africa now which have the administrative infrastructure which is required to regulate shipping, not only in accordance with their own laws but with legislation that is required under international obligation, ” he said. 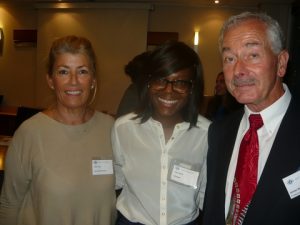 Dr Mensah recommended to Afrimari: “Your organisation should find out what is happening in these countries.”

More than 40 Afrimari members were at their quarterly meeting, appropriately on World Maritime Day, September 26, at the Canary Wharf office of the major shipping group AET Tankers. 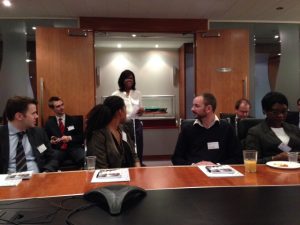 Dr Mensah noted that shipping was responsible for 90% of goods traded internationally, and the task of ensuring safety and efficiency was made more difficult by the fact that no one country had sole jurisdiction over the industry.  The ownership and management chain of a single ship could stretch to companies and governments from several countries.  “If it is to be meaningful and effective, any regulation of shipping has to be developed not just at the national level, but also internationally. This is why while a great deal of latitude is given to individual states to determine the procedures, a large part of the law is developed and applied internationally.”

Although each state had to establish its own shipping policy, it was also recognised that in certain areas every state and every person at sea should meet the same rules and requirements. “What happens on board any ship, and how each ship is managed, can have an effect not only on the cargo of that ship, but on every user of the sea. 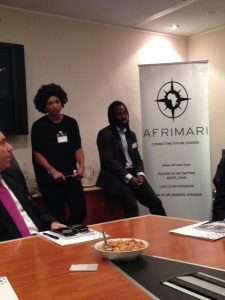 Gemina Cooper thanking the participating members of Afrimari and other delegates

“Without uniformity of rules and procedures for ships that operate internationally, there would be no fair competition. Without it, each ship operator would be able to cut as many corners as it was able to.”

Dr Mensah said that the current Maritime Labour Convention, establishing minimum living and working standards for seafarers, was agreed under the auspices of the International Labour Organization in 2006 and “happily” entered into force in August 2013.

Further, In recent times it had become evident there was a crucial need for rules to prevent pollution of the marine environment. While shipping was indispensable, the presence of large numbers of vessels carrying all types of cargoes posed a serious threat to the marine environment itself.

He stressed that uniformity was necessary to ensure the efficient flow of maritime traffic. Shipowners might have preferred to be left alone without interference from the state or the international community, “but most shipowners seem to recognise that such freedom is unlikely to be in their interests in the long run, in an industry in which there are so many competitors.” Because the industry is so international, any regulation can only be meaningful if it includes both a national and international component.”

Dr Mensah was asked whether it was getting easier or harder to achieve uniformity, given the track record of the United States, European Union and others in pressing at times for unilateral rules.  “It is not getting any easier, but I do not also think it is right to say it is getting more difficult, ” he replied.  Many people in shipping have been complaining about countries which do not effect international standards, so it is very important there should be mechanisms which set not only national but international standards. He did not want to see the areas which require international action usurped by national governments.

“If they (countries)decide to go it alone, you are likely to have a lot of problems. Fortunately, there are not too many countries that want to go it alone. A free-for-all is free-for-nobody, and that is what organisations like IMO try to avoid.”

Another questioner contrasted the strict emission control for ships in Alaska  with the seeming latitude given to local fishermen. Dr Mensah countered that all international standards are intended to set a minimum benchmark, below which nobody is allowed to operate. “You either have to live with minimum standards which may not be considered effective, or you have a free-for-all in which several countries may decide not to regulate at all.”

He was worried that without regulation, there would be a smaller pool of people who are prepared to work on ships. “Shipping has grown exponentially, but the number of people willing to go to sea is declining over time. So it is very important that conditions on ships are improved by the IMO conventions. I do not think they will go far enough, but a little bit at a time is much better than nothing at all.”

Welcoming members of Afrimari to the meeting, Temi Binitie who co-founded the association, said: “Our network is expanding on a day to day basis.” 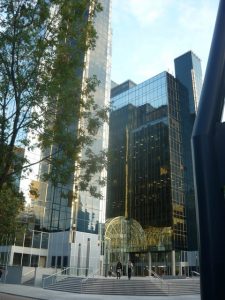 Thanking AET for its hospitality, Ms Binitie, who is a senior chartering executive at AET Tankers UK, said the company has a fleet of 77 petroleum tankers, from very large crude carriers to medium range tankers. AET has a leading market share in lightering in the US Gulf, and has recently diversified by going into dynamic positioning vessels which are to be operated in the Brazilian Basin, and in Europe in 2014. AET has an asset base of $3.1bn.

Ms Binitie said that generous support from AET group and other sponsors had helped Afrimari be “where it is today.”

Co-founder of Afrimari, Gemina Cooper, who is gas sales and marketing manager at Gasol, added that since Afrimari was founded three years ago “we have had great feedback, and people are doing business – that is the most important thing.”

The Afrimari network brings together more than 200 professionals in the African maritime and oil and gas-related industries.