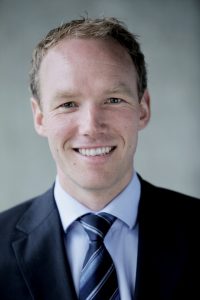 One of the key hurdles to the increased global use of ships fuelled by Liquefied Natural Gas (LNG) is the lack of harmonisation of bunkering operations. “DNV GL is therefore today launching a Recommended Practice for authorities, LNG bunker suppliers and ship operators which provides guidance on how LNG bunkering can be undertaken in a safe and efficient manner, ” says Lars Petter Blikom, DNV GL’s LNG director. Svein Inge Leirgulen writes:

LNG-fuelled ships have logged over 130 ship-years of operation in Norwegian waters and LNG’s attractiveness and stability as a fuel have been thoroughly demonstrated. Globally too, operators, suppliers and regulators have gained significant experience in all aspects of LNG-fuelled ship operations in recent years. However, the process for developing the required infrastructure has not been standardised – leaving the industry with many open questions.

Currently, 83 LNG-fuelled ships are in operation or on order worldwide. These range from passenger ferries, Coast Guard ships and cargo vessels to tankers and platform supply vessels. Estimates put the global LNG-fuelled fleet at 3, 200 by the year 2025. With the EU poised to invest in helping to equip 139 seaports and inland ports with LNG bunker stations by 2025, the time was ripe for standardising development processes, designs and operations.

“An ISO committee brought together the experience and know-how of more than 30 industry professionals in 2011 and its draft guideline was published in June 2013. The ISO guideline defines the overall philosophies of designs and operations relevant to LNG bunkering and suggests a list of 24 functional requirements. However, it is not intended to be concrete and descriptive about how to achieve the requirements’ objectives, ” states Mr Blikom.

He explains that DNV GL therefore sets out to put its own knowledge and experience of how to meet the ISO guideline’s requirements into a more practical format. This is now available in the form of a Recommended Practice (RP) which will serve as a practical guide for authorities, LNG bunker suppliers and ship operators on developing design solutions and operating procedures to undertake LNG bunkering safely and efficiently. The RP document is now open for comments during an external six-week consultation period. Subsequently, DNV will update the document based on the input received by the industry, followed by formal publication.

Jan Tellkamp, project manager for the RP, describes the document’s philosophy: “The development of the RP is based on extensive experience of LNG bunkering-related projects over the past decade, as well as on knowledge that can be drawn from other relevant industries, in particular from the large-scale LNG industry. The RP covers all modes of bunkering a ship with LNG and provides guidance on how to work on the three key topics suggested by the ISO guideline – planning, design and operation; safety management systems; and risk assessment. The concept of ‘layers of defence’ is detailed on both the equipment and procedural levels.”

Blikom concludes that: “These documents, both the ISO guideline and DNV GL RP, represent significant steps forward in taking operational and technical risk off the table for operators looking at investing in LNG-fuelled ships or LNG bunkering terminals. Our aim is to lead the way in meeting the needs of this new, innovative and growing sector. The Bunkering RP is one of our very important deliveries.”

The LNG shipping fleet could have been halved