Martek Marine has delivered the most sophisticated emissions monitoring system ever built for marine use to Daewoo for the world’s largest Floating Storage and Regasification Unit (FSRU). The 173, 400m3 vessel, which can also function as an LNG carrier, is due for delivery in May 2014 when it will be deployed in Brazil.

The system is so unique that no other company was even willing to quote for the project. Martek’s expertise in emissions monitoring allowed it to build and deliver such a complex system. 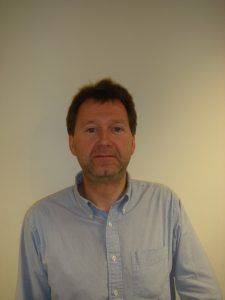 “This is the biggest and most complex system ever built in the marine industry. The fact that no other supplier was prepared to take on this project underpins our position as the market leader”.

Martek expects to build more complex monitoring systems as the European Union pushes for emissions monitoring legislation for the maritime industry. Another factor will be Emissions Control Areas (ECA) coming into force and, later, tightening their requirements. The first ECA, in North America and covering ships trading off the coasts of Canada and the United States, came into effect on 1 August 2012 and enforces stricter controls on SOx, NOx and particulate matter emissions. North America is the third functioning ECA, the others restrict only Sulphur Dioxide and they are in the Baltic Sea and the North Sea areas. A fourth is due to come into force in the Caribbean Sea on January 1 2014.

If these ECAs are successful, and there is every reason to expect they will be, it is highly likely that other countries will push for similar protection.

Martek Marine is headquartered in the UK (Rotherham) and has a regional office in Singapore as well as a worldwide network of sales and service partners.