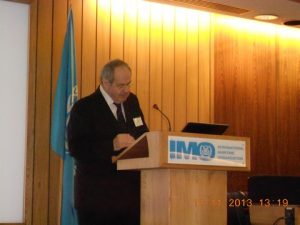 Prof. Costas Grammenos introducing the event and giving a brief account of the Centre’s 30th Anniversary on day 1

20 November 2013 – Hundreds of delegates from as far away as China, Hong Kong and the USA convened in London for the seventh City of London Biennial Meeting.

More than 700 senior business executives, policymakers, diplomats, academics, alumni and students assembled at the International Maritime Organisation for the two-day summit.
The Biennial, which has become the major event of its kind in the calendar of the Square Mile, brought together delegates from 30 countries to discuss the global economy, banking and finance, shipping and environment, and energy.

Organised by Professor Costas Grammenos, founder of the Centre for Shipping, Trade and Finance, the meeting aimed to promote dialogue between leaders of the City of London and other world cities. 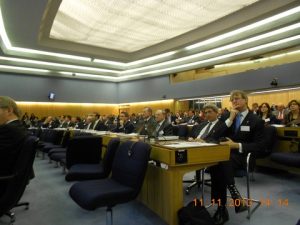 A full house on day 1

Among the delegates were some 350 alumni of the Costas Grammenos Centre for Shipping, Trade and Finance, many of whom have gone onto hold influential roles in the maritime and banking industries worldwide. 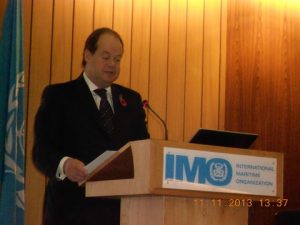 Titled ‘Looking ahead with optimism and realism’, the event brought together a distinguished line-up of speakers from international business and politics, including high-flying graduates from the Centre for Shipping, Trade and Finance.
Transport minister Stephen Hammond opened the conference by paying tribute to the Centre for its contribution to the science and knowledge of the shipping industry.

He said: “One of the key things that attract investment in the UK is a skilled workforce and its expertise. The Centre for Shipping, Trade and Finance at Cass has by itself more than 3, 000 alumni from 120 countries. Your contribution to the science of shipping and finance cannot be overstated.” 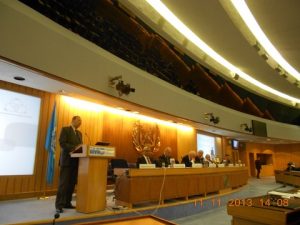 Prof. Timos N. Christodoulou briefing the audience on issues within the World economy

Mr Hammond added: “The work your centre does contributes to the growth and knowledge of the maritime industry and I’m sure that it will remain as pertinent in 2043 as it was in 1983.” 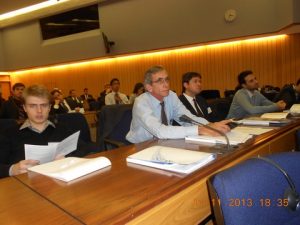 Prof. Alec D. Coutroubis (at the centre) addressing a question

Other high profile speakers in the line-up included global CEOs, bankers and ship owners, together with influential policy makers and world leading academics. The diverse mix of speakers inspired a dynamic Q&A and discussion session.

The Biennial Meeting is sponsored by the Maria Tsakos Foundation. 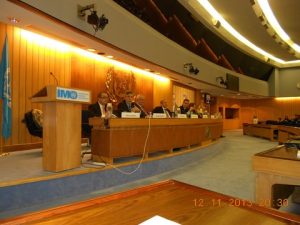 Celebrating 30 years
This year’s Biennial coincided with the 30th anniversary of the Centre for Shipping, Trade and Finance, which Professor Grammenos founded in 1983. Over the past 30 years, the centre has shaped the thinking of a whole generation of key decision makers in shipping. 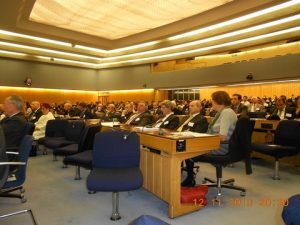 Speaking at the Biennial, Professor Grammenos said: “Over this 30 year period we have organised seven Biennials, 12 conferences, 19 Piraeus meetings, five symposia, 30 seminars, ten public lectures and well over 350 speeches and presentations where very many leading business executives and policy makers have been involved. I’m also grateful to my staff at the centre who have published more than 120 papers in leading academic journals. ”

Commenting on the 3, 000 graduates of the Centre, he said: “Many of them have become bankers, ship owners, executives of shipping companies, shipbrokers, stockbrokers, traders or executives of manufacturers, oil companies and law firms. They live in London, in Athens in Oslo, Hamburg , New York, Zurich, Geneva , in Cyprus Turkey in the Emirates, Qatar in Hong Kong, Seoul, Singapore and another 40 countries.For us all, our gradates are simply our students who are our high flyers, they look ahead and they look high.” 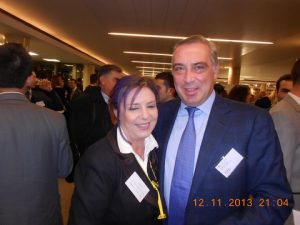 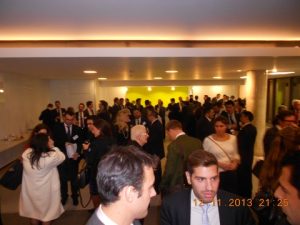 A view of IMO’s mezzanine floor during the canape reception

Professor Grammenos also thanked the staunch supporters of the centre, many of whom have been speakers in previous biennials. He said: “From the beginning, leaders of the City of London and other international cities, governmental representatives, and academics became engaged in a continuous dialogue-either in the class or in the School’s auditorium-through speeches, seminars, debates and conferences, both here in London and around the world. Apart from the creative dialogue between the business, the academics and the policy makers, the Centre’s aim is to expose students to the practice and reality of the real world.”