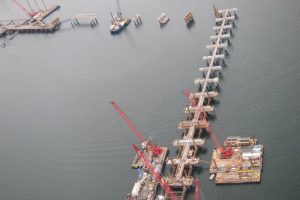 Century Iron Mines Corp – which is calculated to have the world’s eighth largest attributable contained iron ore resource – has completed a further step towards its ambition of being an important supplier to China.

The company’s progress comes amid a background of huge developments at deep-water ports at both ends of a route which will form the backbone of growing bulk cargo trade between Canada and China.

Century is reading the latest economic and political signs from Beijing as heralding robust demand over the next few years for iron ore, even with the paring back a little of the country’s hot growth pace. 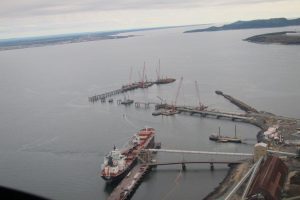 The company’s strategy is based on developing a relatively low cost ore resource at a time when the major ore miners are trimming their spending. Rio Tinto and Vale are among big companies that are cutting back, and Fortescue Metals is taking advantage of strong iron ore prices to concentrate on repaying loans.

At the same time, many junior resource companies are short of capital in a fairly depressed phase for them of the capital markets.

Century’s executives are greeting with enthusiasm the Can$220m expansion plans of Port of Sept-Îles, which says it is the leading iron ore port in North America and is proud of its ability to handle ‘Chinamax’ bulkers. A new berth there will have annual capacity of 50m tonnes.

Iron ore has been trading at a firm level of around $135 per tonne over the past four months in contrast to a decline in the price other commodities. Canada exported $1.8bn worth of iron ore to China in 2012 – a sevenfold increase on 2007. Chinese imports account for at least 60% of world trade in the commodity.

Listed on the main board of the Toronto Stock Exchange, Century has announced the closing in escrow of its acquisition of an interest that will give it 100% ownership of what is known as the Attikamagen Lake Project, in the Labrador Trough, a prolific region for the steelmaking ingredient. 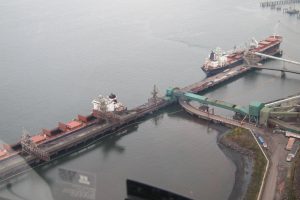 Labec Century, a joint venture 60% owned by Century and 40% by Wisco Canada Attikamagen Resources Development & Investment, is the acquiring company. The significance of this is that the Wuhan Iron & Steel Corp (Wisco) group is a major Chinese state-owned steel company which has committed to take up to 60% of the ore eventually produced, and which has a 25% equity stake in Century.

Century has a second strategic partner in the shape of Minmetals Resources, which holds 5% of its equity and is another potential buyer of Century’s ore. Like Wisco, Minmetals is a state-owned business with the financial and technical resources to help fund technical expertise for exploration and development of Century projects.

The share being bought at Attikamagen was owned by Champion Iron Mines, another Toronto-listed exploration company with large land-holdings.

Century has a strong current focus on the Joyce Lake direct shipping ore project which it is developing at Attikamagen, the most advanced of its deposits. It considers this as its ‘low-hanging fruit’ project ripe for putting 2m tonnes a year into production by 2016, at what by industry standards is a low capital expenditure of $100m. Sandy Chim, president and chief executive of Century, said: “We have to work on deposits of low capital intensity, avoiding high capital expenditure for the time being.” Direct shipping ore (high-grade ore that is mined and shipped with little processing) is “the most popular product of all time, ” in minerals, he said.

Of the latest deal, Mr Chim said: “Wisco Attikamagen has completed an aggregate $40m investment into Labec Century to complete their earn-in of 40% interest in our joint venture prior to these transactions. The consolidation of interest through these transactions is accretive to all parties and simplifies the joint venture structure, improving the conditions to more effectively advance Joyce Lake to production.” A preliminary economic assessment for the Joyce Lake project estimated a net present value of $95m pre-tax.

In all, Century has interests in several properties in western Québec and in the prolific iron ore-producing region of the Labrador Trough in eastern Québec and western Newfoundland and Labrador. Despite having a very large resource, Century has been trading at a low enterprise value per tonne, a reflection of general investor caution across the commodities scene.

Unlike the case with many juniors, for Century to start meaningful production would mean only modest dilution for existing shareholders, as a large portion of the capital costs would be met by its Chinese partners. A resource update likely in the first quarter of 2014 could well improve the economics of the pit and probably extend its forecast life.

The iron ore 12-month swap price has recently been around $118, using a fob price of $93. The spot price has defied the ‘bears’ and seems to be settling at $135 plus or minus, and a record amount of ore is going to China.

China Metallurgical Industry Planning and Research Institute is forecasting that the country’s iron ore imports will rise 6.3% to a record of 850m tonnes in 2014. Ore imports totalled 668.3m tonnes from January-October 2013, up 10% from a year earlier, and for the full year, the figure is likely to be around 800m tonnes.

On a recent visit to London, Mr Chim said that such data provides the context for the future of the iron ore market, with the Chinese authorities supporting continued urbanisation, but in a more focused way. “We have also seen the government’s determination to grow the economy at not less than 7.5%, ” he said.

He said that Bao Steel, the second largest steelmaker in China is building a new mill in south China, and Wisco is also expanding significantly.

Deepwater ports were being enlarged: Fang Cheng which is used by Wisco. and Zhanjiang favoured by Bao Steel. Fang Cheng, at the far southwest of China’s coastline has importantly become a hub to connect with southeast Asia. Zhenjiang port, on the south bank of the Yangtze River, is designed for ships of up to 300, 000 dwt and is set to expand to 100m tonnes capacity.

While China has its own impressive Iron ore resources, many of the mines are underground. Some 1.3bn tonnes produced in 2012 yielded concentrate of less than 400m tonnes.

In a recent comment, investment research company Maison Placements of Canada said that beyond its initial direct shipping ore endeavours, Century has accumulated a massive land package and defined around 20bn tonnes of iron ore resources. “The company has laid out a long-term development roadmap that that could ultimately link several DSO and taconite projects with common infrastructure to produce tens of millions of tonnes of iron ore per year. The vision is grand, and still a ways off, but does highlight the potential upside to the story over the long run.” Taconite is lower-grade ore in hard rock formation.

Among the challenges at Joyce Lake are accessibility – an ice bridge will be needed each winter to transport ore between the mine and processing site from where the material will be hauled by truck to connect with a 570km rail journey to Sept-Iles.

Although noting the transport issues, equity analysts eResearch Corp of Toronto said in a recent report: “ We continue to rate the shares of Century Iron Mines Corp as a Speculative Buy, based on its attractive project portfolio, strong liquidity, two key Chinese investors, and possible initial production by late 2015/early 2016.” 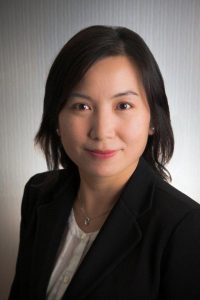 There has been further good news for Century Iron Mines with an award to its chief financial officer Rebecca Ng from the Women’s Executive Network as one of what it calls Canada’s Top 100 Most Powerful Women in 2013.

The awards celebrate the professional achievements of women at a time when corporate Canada is under pressure to promote more female leaders into senior management and corporate director roles.

“I have great respect for Ms Ng’s work as a seasoned finance executive and a leader in the global mining industry, ”said Mr Chim.

Ms Ng has had 12 years experience in finance, controllership, governance and reporting in  multinational mining companies, and special expertise in finance integration, restructuring and capital management.

“Every year we see the high quality of female leadership in this country as we review the applications for these awards, ” said Pamela Jeffery, founder of the Women’s Executive Network.

ITF mourns the death of Comrade Nelson Mandela: The struggle for justice continues!