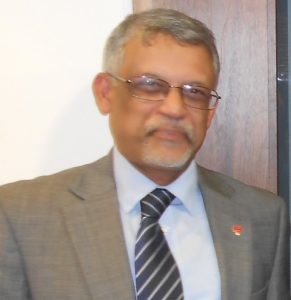 IMB’s annual global piracy report shows more than 300 people were taken hostage at sea last year and 21 were injured, nearly all with guns or knives. A total of 12 vessels were hijacked, 202 were boarded, 22 were fired upon and a further 28 reported attempted attacks. Nigerian pirates were particularly violent, killing one crewmember, and kidnapping 36 people to hold onshore for ransom.

“The single biggest reason for the drop in worldwide piracy is the decrease in Somali piracy off the coast of East Africa, ” said Pottengal Mukundan, Director of IMB, whose Piracy Reporting Centre (PRC) has monitored world piracy since 1991. IMB says Somali pirates have been deterred by a combination of factors, including the key role of international navies, the hardening of vessels, the use of private armed security teams, and the stabilizing influence of Somalia’s central government.

“It is imperative to continue combined international efforts to tackle Somali piracy. Any complacency at this stage could re-kindle pirate activity, ” warned Captain Mukundan.

The 15 incidents attributed to Somali pirates in 2013 include two hijacked vessels, both of which were released within a day as a result of naval actions. A further eight vessels were fired upon. These figures are the lowest since 2006, when 10 Somali attacks were recorded.

Meanwhile, West African piracy made up 19% of attacks worldwide last year. Nigerian pirates and armed robbers accounted for 31 of the region’s 51 attacks, taking 49 people hostage and kidnapping 36, more than in any year since 2008. Nigerian pirates ventured far into waters off Gabon, Ivory Coast and Togo, where they were linked with at least five of the region’s seven reported vessel hijackings. Off the coast of Nigeria itself, two ships were hijacked, 13 were boarded and 13 fired upon.

Malaysian waters saw the hijacking of two product tankers with 27 crew taken hostage, resulting in the theft of ships’ property and cargo.

In Indonesian anchorages and waters, IMB reports a high number of “low-level opportunistic thefts, not to be compared with the more serious incidents off Africa”. However, these accounted for more than 50% of all vessels boarded in 2013, and armed robbery increased for a fourth consecutive year. Over a third of Indonesia’s incidents were reported in the last quarter of 2013. The IMB PRC has been working closely with the Indonesian Marine Police who have increased maritime patrols and designated safe anchorage areas for vessels to use in certain higher risk ports.

Attacks in India and Bangladesh are also described as “low-level and opportunistic”. The incidents off India have increased year on year since 2010, reaching 14 in 2013, while IMB says active patrolling by the Bangladesh Coast Guard has kept the number of incidents off Chittagong in Bangladesh at around 12 for the last few years.

The IMB PRC is the only independent 24-hour manned centre receiving reports from and providing information to ships, law enforcement and governments in respect of attacks around the world. IMB strongly urges all shipmasters and owners to report all incidents of actual and attempted piracy and armed robbery to the IMB PRC. This first step in the response chain is vital to ensuring that adequate resources are allocated by authorities to tackle piracy. Transparent statistics from an independent, non-political, international organization can act as a catalyst to achieve this goal.

IMB offers the latest piracy reports free of charge. To request a PDF version of the report by email, please visit: http://www.icc-ccs.org/piracy-reporting-centre/request-piracy-report

IMB Director Pottengal Mukundan has taken part in a webchat with ICC Paris about the latest report, which can be viewed here

Latest attacks may also be viewed on the IMB Live Piracy Map at: http://www.icc-ccs.org/piracy-reporting-centre/live-piracy-map

Funding gaps, OSI and why Greece’s aim to access wholesale funding markets in 2014…