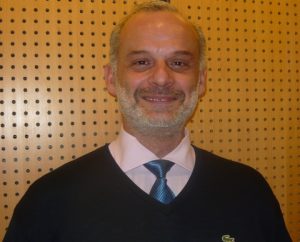 Couple of weeks ago, the International Chamber of Shipping (ICS) published a report titled ‘Lessons Identified from Somali Piracy’ (ICS, 2014). The document is, among other things, a compilation of mostly successful (to different degrees) practices applied by the international community throughout the last five years to address rising criminality and seaborne crime off East Africa. In an obvious attempt to hedge its bet(s), the ICS emphasized that ‘it is premature to conclude that the crisis is over, that shipowners should in any way adjust their practices outside compliance with the Best Management Practices (BMP, 2011), or that governments should reduce current levels of military protection to Shipping. Nevertheless, it is not unreasonable to envisage a situation within the foreseeable future in which the ongoing threat presented by Somali piracy may have reduced significantly’.

Giving credence to the ICS report, the International Bureau of Shipping (IMB) published a few days later its annual 2013 ‘Piracy and Armed Robbery against Ships’ report (ICC IMB, 2014) on the status quo of maritime piracy worldwide. According to the report, ‘Piracy at sea has reached its lowest levels in six years, with 264 attacks recorded worldwide in 2013, a 40% drop since Somali piracy peaked in 2011’. Just 15 incidents were reported off Somalia in 2013, down from 75 in 2012, and 237 in 2011. ‘The single biggest reason for the drop in worldwide piracy is the decrease in Somali piracy off the coast of East Africa, ’ said Pottengal Mukundan, Director of IMB. According to the report, Somali pirates have been deterred by a combination of factors, including the key role of international navies, the hardening of vessels, the use of private armed security teams, and the stabilizing influence of Somalia’s central government. ‘It is imperative to continue combined international efforts to tackle Somali piracy. Any complacency at this stage could re-kindle pirate activity, ’ warned Captain Mukundan (Maritime Executive, 2014).

For all it matters though, the cardinal problematic remains still the same: ‘is there a solution to the problem of Somali piracy?’ The nation’s recent history promptly offers some valuable hints. 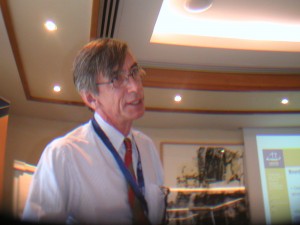 The Dawn of Piracy

The Somali Republic (as it has been recognized de jure by the UN) came into existence in 1960. The newborn democracy lasted only nine years, until General Muhammad Siad Barre organized and executed a successful coup d’état which paved the way for him to become head of the state and the de facto ruler of the nation. The military regime created and maintained a small maritime force, forefather to a coastguard that was never meant to come to existence. By leveraging this body to enforce Somali sovereignty on the maritime domain, Siad Barre took advantage of Somalia’s vast fishing resources (through the sale of fishing licenses to foreigners), protected the nation’s territorial waters from wanton and illegal dumping of toxic waste and at the same time kept on a tight leash the traditional Somali tendency towards piracy and seaborne crime (Weir, 2009).

The Siad Barre military junta collapsed on January 26th 1991, triggering a period of insurgency, warlordism, interclan fighting, Islamic jihadism, foreign intervention and piracy (Hesse, 2010), (Pham, 2010). The wrecking mixture of absent central authority, lawlessness and progressive destitution, created a humanitarian disaster. It devastated a raft of coastal communities chiefly for two reasons: first, it practically opened the door to Illegal, Unreported and Unregulated Fishing (IUUF) and second, it immensely facilitated the dumping of toxic waste off the Somali coasts and as such, it rendered the nation’s seas a free-for-all depot of toxic garbage. Scholars attribute the dawn of piracy off east Africa to the previous two direct consequences of the fall of the Siad Barre regime (Hirsi, 2011), manifested through the absence of a robust law enforcement agency in the territorial waters and the Exclusive Economic Zone (EEZ) of the nation.

According to Edward R. Lucas ‘the increase in pirate activity off Somalia did not occur in a steady linear progression, but has instead taken place in three separate phases’ (Lucas, 2013).

The first phase opened with a seajack which involved a cargo ship on her way to Saudi Arabia and the slaying of three Filipino crew members by Somali pirates. It took place on 12 January 1991, (Pham, 2010). Throughout this phase, the frequency of incidents of piracy remained rather low, but attacks went up throughout the 1990s until 2001. The 9/11 atrocities indirectly acted as a catalyst, which led to the substantial reduction of East African piracy. More specifically, the presence of NATO naval assets (Combined Task Force (CTF) 150) in and around the Gulf of Aden (for purposes of counterterrorism) produced a stunning fall in reported cases of piracy off the Horn of Africa (Murphy, 2011).

Piracy remained fairly subdued until 2005. That year marked the beginning of the second phase, which featured a much higher frequency both of attacks and seajacks. The milestone was the seajacking of a ship, fifty nautical miles off the coast of Somalia (Murphy, 2011). This attack triggered an avalanche of attacks in the region up until 2006, when the meteoric rise of the phenomenon came to a grinding halt mainly due to the Islamic Courts Union (ICU) and their strong anti-piracy stance (Murphy, 2011).

The number of seajacks picked up again in 2007 following the ouster of the ICU. From that point on, the High Risk Area (HRA) kept expanding all the time up until 2011, when it ballooned and reached the coastline of west India, more than 1000 miles away from Somalia (Middleton, 2011). East African pirates’ ‘playground’ was covering by then the whole Western Indian Ocean (Picture 2). The pirates’ sphere of operations included at its peak in 2011 the Arabian Sea, affecting Yemen, Oman, Pakistan, and India; the coast of East Africa, affecting Kenya, Tanzania, Mozambique, Madagascar, Mauritius, Seychelles, and South Africa; and the Bay of Bengal.

The year of 2011 marked the heyday of piracy in East Africa. The number of incidents peaked at more than 220 counts and then started to peter out. Until late 2013, it continued to decline with only ten incidents reported to the International Maritime Bureau (IMB) in the first three quarters of the year (ICC IMB, 2014).

According to the IMB, the substantial reduction of seaborne criminality off East Africa can be readily attributed to three factors:

1.          Deployment of naval assets (from a host of nations around the world) mainly to the Gulf of Aden;

For reasons of political correctness, any seasoned scholar would probably add a fourth contributing factor, and more specifically the crime-fighting efforts of Somali communities and their government (based in Mogadishu). For all the flaws of potentially ‘controversial’ tactics put in practice, the nation has moved the dot and has gone to great lengths to eradicate seaborne criminality altogether.

In his masterpiece ‘The Life of Julius Caesar’, Plutarch claims that the emperor ‘was captured, near the island Pharmacusa, by pirates, who already at that time controlled the sea with large armaments and countless small vessels’ (North, 1915). Careful study of the phenomenon in its previous occurrences throughout history renders obvious the fact that piracy does not pop up randomly. Even more interestingly, once it has come to surface, it becomes a ‘wicked problem’, meaning that it has neither a definitive nor an end-state solution; instead, it features an evergreen and non-linear learning process, that can lead both to improvement(s) and deterioration(s) of the situation (Coutroubis, Kiourktsoglou & Schwartz, 2012).

Within this conceptual framework of ‘Wickedness’, policy-makers and decision-makers at all levels (private, national, supranational) should take note and think both tactically and strategically. Tactics should address the short-term problem of containment (counter-piracy). Siad Barre’s regime managed to pull it off throughout the years of its reign using a nascent law-enforcing Somali Coastguard. By the same token, a mêlé of naval assets, armed security personnel onboard ships transiting the HRA, application of Best Management Practices by crews and vigilance coming from the side of local Somali communities’, have managed to keep (with growing success) Somali seaborne criminality at bay since 2012.

Strategy should address the long-term problem of elimination (anti-piracy). In this case, the challenge is more intriguing and the solution admittedly involves prolonged exertion of soft power in terms of rising economic growth, enhanced grassroots’ reconciliation (to address clan and/or political grievances), religious and political inclusiveness (to partially address rising jihadism) and last but not least, gradual reduction of foreign military intervention (to address national grievances).

Piracy is neither a new challenge, nor one that has ever been utterly eradicated. Throughout history, the phenomenon has simply moved from one area of the world’s high seas to another, based on the solutions applied at any given time. In the 21st as well, the international community is unlikely to fully eradicate piracy. Interestingly though, it can limit the problem along with its impact(s), by studying and understanding its true nature and similarly, the nature of potential solutions. All in all, to quote George Santaya (Santayana, 1906), ‘the one who does not study history is doomed to repeat it’… In the case of Somali piracy too!

Don’t miss the ICS’s Shaping the Future of...

Listen to the ocean to meet climate goals...