Wärtsilä receives repeat order for an integrated solution for a DPOR 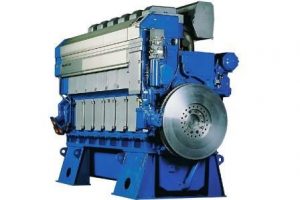 The vessel, which is expected to enter service in January 2016, will be equipped with a DP3 dynamic positioning system and will be available for worldwide operations. The dynamic positioning is a system that automatically maintains a vessel’s position and heading by using its own propellers and thrusters.

The order was signed in December 2013. Wärtsilä will begin deliveries of its equipment during the first half of 2014.This follows a similar order placed earlier last year by the same company for an identical comprehensive, fully integrated Wärtsilä power, propulsion and positioning system.

“This second order to supply the same yard and owners during the same year with an identical integrated Wärtsilä solution undoubtedly proves the success of our offering. Being able to have the complete power, propulsion, and positioning system delivered from a single supplier means that all elements can be integrated into a synchronised, efficient and optimised total solution. The benefits are many fold, and the Wärtsilä concept can certainly be considered a winner, “ says Magnus Miemois, Vice President Wärtsilä Ship Power Solutions.

The complex semi-submersible accommodation rig is being built by Cosco in China. Wärtsilä will co-operate closely with the yard’s project team and will have a site management team to supervise installation of the Wärtsilä equipment.

Wärtsilä in brief
Wärtsilä is a global leader in complete lifecycle power solutions for the marine and energy markets. By emphasising technological innovation and total efficiency, Wärtsilä maximises the environmental and economic performance of the vessels and power plants of its customers. In 2013, Wärtsilä’s net sales totalled EUR 4.7 billion with approximately 18, 700 employees. The company has operations in more than 200 locations in nearly 70 countries around the world. Wärtsilä is listed on the NASDAQ OMX Helsinki, Finland.
www.wartsila.com