Top Posts
The BDI drops down to 1,540; Wets maintain...
John Faraclas of All About Shipping contributes to...
Irene Rosberg addresses the 22nd Parliamentary Intelligence-Security Forum
Pamella Roland Fall/Winter 2022: Bejeweled Eveningwear
Summer is on in Astypalea!
Hot Port News from GAC
Bibhu Mohapatra Fall/Winter 2022: On the Super Heroines...
Ready to hit the water? So are these...
Coach Fall/Winter 2022: A Collection That Feels Like...
Badgley Mischka Fall/Winter 2022: Wearable Sculpture in Ultra-Chic...
Power, philosophy and heroism of central bankers, and...
New superyacht goes up in flames
American Club Circular no.23/22 – EU Sanctions –...
Home HRCharity Angela Velasco of WISTA-UK pounds the track to raise London Marathon pounds for Seafarers UK 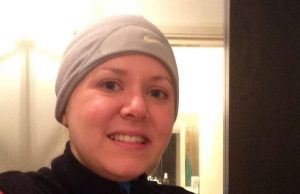 Every weekday, Angela Velasco has been rising at 5am to train intensively for one of the greatest charity events of all time: the London Marathon 2014.

Angela is a member of WISTA-UK, a leading body in the Women’s International Shipping & Trading Association, and as a standard-bearer for her industry, her participation represents a challenge to people in shipping and associated businesses to add their names to her sponsorship list.

There are only a few days to go: the event, known as the Virgin Money London Marathon, takes place on Sunday April 13.

Angela is running the London Marathon for the first time, to raise funds for a leading maritime charity, Seafarers UK.

She has been working in the shipping industry since 2007, first as a maritime journalist, then as a technical magazine editor and now in the field of credit risk analysis at Infospectrum for the shipping markets. She said: “I chose the charity Seafarers UK as I am aware of its great work helping people from the Royal Navy, merchant navy and fishing fleets and their families in times of need. In 2012 alone they raised almost £3m in grants that went to 67 charities and organisations to help seafarers across the world.” It is, she says, “a most fantastic cause.”

During her training for the 2014 race, she has paced close to part of the official course: from Greenwich Park along Blackheath passing some of the Thames sites.

Angela said: “Training for my first ever marathon has been unbelievably tough, with plenty of tears, sore joints, missed social events and early morning starts to last a lifetime! I tend to run along the pavements of my local streets, though given the length of the distances this can involve non-local streets as well. I prefer to train on pavements as it is closer to the terrain of the marathon course.”

She continued: “Last weekend I ran 21.25 miles, in what would be my longest run prior to the actual race. It was extremely hard, I cursed myself along the way for signing up and I ached for several days afterwards. And, while training is going very well, unfortunately I have hit a wall with regards to fundraising. I am looking to raise £2, 000 on behalf of Seafarers UK and I am appealing to you to please dig deep and help sponsor me in this London Marathon challenge.” 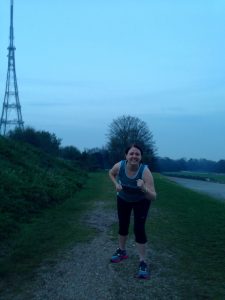 As to her strategy for the big day, “I am hoping to complete the course in around 4 hours 30 minutes which is around 10.5 to 11 minutes per mile. That seems to be my average speed. My strategy is simple, to start slowly and maintain a steady pace. My main aim is to run the whole course and survive at the end!”

Angela is a fan of running stars including Tirunesh Dibaba, an Ethiopian long distance track athlete who is the current World and Olympic 10, 000 metres champion. Ms Dibaba will be running the London Marathon too.  “I admire her persistence and the grace in which she conducts herself on and off the track, ” said Angela, who also views Britain’s double Olympic and world champion Mo Farah as “pretty inspirational.” Mo Farah will face some of the greatest runners of all time when he makes his full marathon debut on April 13. The men’s field will include marathon world record holder Wilson Kipsang, Olympic and world marathon champion Stephen Kiprotich, reigning London Marathon champion Tsegaye Kebede, and London course record holder Emmanuel Mutai. 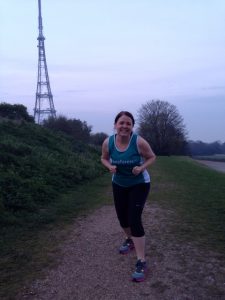 Runners in the 2013 London Marathon collected a record £53m for good causes, the seventh consecutive year when London Marathon entrants broke the Guinness World Record for charity fund raising at a single annual event.  Finishing the course on April 21 2013 were 34, 278 competitors.