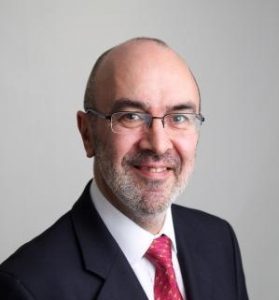 The Board of Braemar Adjusting is delighted to announce the appointment of Geoff Jones as Group Managing Director of the company with immediate effect.

Grant Smith, Chief Executive Officer of Braemar Adjusting, said: “Geoff brings to the company a vast wealth of knowledge and experience, both of the Insurance industry in general and the Energy market in particular. The quality of our personnel and our ability to service the diverse needs of our clients are the fundamental building blocks of our success worldwide. I welcome Geoff to the team, where he will play a pivotal role within our organisation, where he will work with fellow directors to drive improvements in service standards within the industry, and where he will act as the Senior Liaison for key London and European Insurance markets.”

Geoff has 33 years’ experience handling Energy claims in the London Market, having previously worked at Lloyd’s Claims Office, Equitas and Zurich Global Energy before he joined Catlin Underwriting in 2006 as their Energy Claims Manager. Throughout his career Geoff has been closely involved in the handling of Energy offshore, onshore and liability claims. Such major claims include the loss of the Piper Alpha platform, the destruction of the Bombay High North platform, various claims arising from 9/11, the Macondo blowout and a variety of major claims arising from the hurricanes in the Gulf of Mexico.