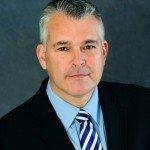 Demand is sharpening dramatically for graphite, once known chiefly for being the ‘lead’ in pencils. Green technologies are spurring exciting new applications for the non-metallic mineral, with the industry set to be turbo-charged by lithium ion batteries for electric cars.

One of the companies forging ahead in the field is Focus Graphite, listed on the TSX-Venture Exchange under the symbol FMS, and owner of a graphite deposit called Lac Knife, in Fermont, Quebec, which neighbours significant iron ore properties. With a market capitalisation of around C$64m, the mid-tier mining development company is en route to becoming a producer of high purity graphite.

Donald Baxter, company president and chief operating officer , recently in London and other financial centres to update investors, is especially buoyed by having signed in December 2013 with Chinese interests a 10-year off-take agreement for between 20, 000 and 40, 000 tonnes a year of graphite concentrate and eventually value added products.

The signs are that there will be an intensification of seaborne trade in graphite – which is one of two natural forms of carbon, the other being diamond.

Electrically and thermally conductive, graphite is said to have the greatest natural strength and stiffness of any material, even in extreme temperatures. The melting point of graphite is 3, 600 degrees C. Currently its main use (40% of the market) is in refining steel in refractory applications in foundries – and it finds its way into lubricants, car brakes, clutches and gaskets. Graphite is used in energy storage, photovoltaic devices and consumer electronics from smart phones to laptops. Every plasma television set will have a sheet of graphite at the back.

Demand will be driven by lithium batteries (which use up to 10 times more graphite than lithium, and could absorb more than 500, 000 tonnes a year of graphite), electronics, construction materials, nuclear uses, and the graphene ‘revolution.’ Annual growth in the lithium battery industry is put at between 20% and 30% annually, and growth in the electric vehicle market at 20%.

Graphene conducts electricity and is one of the strongest, yet most lightweight materials and is certain to impact electronics, aerospace, shipping and vehicles: some experts say that graphene chips will displace silicon in computers.

A new generation of so- called pebble-bed nuclear reactors uses large amounts of flake graphite. These reactors, favoured by China, get their name from the billiard ball-sized spheres of graphite containing uranium.

Until 2012 there were only two public companies chiefly concerned with graphite exploration and production – now there are more than 100. Only in the last two years has it been considered economical to produce the material. Mr Baxter said that apart from in China, no-one had explored for graphite in two decades; the excess supply began to be used up, and between 2005 and 2012 the price tripled, only to tumble amid the general collapse in commodity prices. In the last cycle, no new graphite mines were built.

With demand burgeoning for large flake graphite, it is projected that 25 new 40, 000 tonnes-per-year mines will be needed worldwide by 2020 just for the expected electric car boom. The US Department of Homeland Security and the European Union have defined graphite as a critical mineral. The US has no graphite mines, and imports 70, 000 to 80, 000 tonnes a year. EU countries in total import just over twice that.

Focus Graphite has as its aim “to re-set the standard for high quality graphite, becoming the frontrunner for the clean technology economy through an innovative mine-to-market strategy.” Its high-grade, high-purity graphite Lac Knife deposit is 27km from the town of Fermont, in the mining friendly jurisdiction of Quebec. The company says that with a competitively advantageous 14.77% carbon concentration, its project could become one of the lowest-cost producers of technology graphite.

Its site is close to the workings of large iron ore mining companies – ArcelorMittal, IOC, and Cliffs – and 45 minutes from a rail line that connects with the deep-water Port of Sept-Îles, some 360km away. Sept-Îles is the leading ore handling port of Canada. Focus plans to ship finished concentrate directly from the mine to the end-user, in one-tonne bags loaded into shipping containers. From Sept-Îles the cargo will be shipped up the St Lawrence Seaway or out across the Atlantic.

According to a preliminary economic assessment, initial capital spending cost for the mine complex, aimed at production in the second to third quarter of 2016, would be an initial C$126m, including mining and process plant and a $24.2m contingency figure. The money would be raised by a combination of equity and debt.

The 2, 986 hectare Lac Knife property contains a deposit of large crystalline flake – one of the three commercial forms of natural graphite and is the only type used in technology applications. Experts say that the larger the flake and the higher the purity, the greater is the value.

The company signed the off-take agreement, the first of its kind, with a conglomerate of heavy industry, manufacturing and technology companies located in Dalian City, China. Mr Baxter said: “This agreement underscores our long-held commercial objective of competing in the China market.”

Another key development is the decision by electric vehicle maker Tesla Motors to invest $5bn to build the world’s largest lithium ion battery manufacturing facility, with its choice of a southwestern US location expected to be announced shortly. Tesla plans to source the raw materials for batteries from North America. It needs the battery factory, which will employ 6, 500 people, to produce the batteries for 500, 000 electric vehicles, including a third-generation lower cost electric car, by 2020. The Tesla model S contains 90kg of graphite in the battery.

Mr Baxter said that the Tesla project “opens the door for our industry to compete for the right to supply purified and shaped battery grade materials to an industry innovator.”

He said: “Focus stands alone in the graphite industry by publicly declaring its intention to carve out new technology markets from a graphite product once considered to be low value and therefore, largely ignored and sometimes neglected: fine flake graphite.” More than half of the Focus deposit is 98% purity, low-cost, fine flake graphite which can be purified and shaped to meet demand for the anodes used in lithium-ion batteries.

At the same time, China – which dominates the market – has halted some graphite production in Shandong Province, effectively putting 20% of China’s flake graphite production on hold. China is becoming more of a consuming than an export nation. In 2011, the Chinese government ordered most of the graphite mines it controls in Hunan to be closed for environmental and resource protection.

Focus aims to join the lowest quartile cost producers at an estimated $458 per tonne. It is said that competitor costs range from $390 to more than $1, 300. At today’s prices a typical large +80 mesh 94-97% pure graphitic carbon sells for $1400 a tonne; as Focus Graphite has a higher purity carbon product at 98%, its run-of-mill material could be sold at $1, 800 per tonne fob Port of Sept-Îles, as against the likely $458 a tonne production cost.

Adrienne Mauriks, head of investor relations, said there was an urgent need to feed the developing market for lithium Ion batteries, of which 5.1bn were produced in 2012, and growth is 20% a year.

Says Focus Graphite on its website: “Lac Knife, with its mine-to-market strategy, plans to lead the industry into the new Carbon Age.”