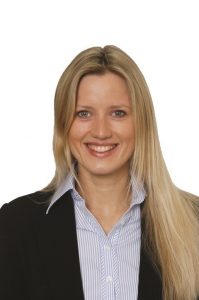 The Texas Supreme Court is presently considering the fate of BP’s March 2013 victory in a legal skirmish with Transocean and its pollution insurers arising out of the Deepwater Horizon disaster. To distinguish the case at issue from the numerous other rulings that have been issued in the Deepwater Horizon litigation, the case is sometimes referred to as Ranger Insurance, the name of the lead plaintiff in the original declaratory-judgment action against BP. (source: HFW Offshore Bulletin)

As reported in this Bulletin last June, 1 the US Fifth Circuit Court of Appeals ruled in March 2013 that BP was entitled to coverage as an additional insured under Transocean’s insurance policies, giving BP access to US$750 million under Transocean’s insurance to cover pollution-related liabilities arising out of the Deepwater Horizon oil spill, even though Transocean was not responsible for those liabilities under the underlying contract.<sup2< sup=””> The broader question is whether an offshore energy-services contract can define the scope of additional-insured protection that is conveyed by a separate insurance policy, or whether any limitation must be in the policy itself.

In response to the court’s adverse ruling last March, Transocean and its insurers petitioned the Court of Appeals to reconsider. In August 2013, the Court of Appeals did something unusual but not unprecedented: the Court ruled that “this case involves important and determinative questions of Texas law as to which there is no controlling Texas Supreme Court precedent, ” so the Court withdrew its March 2013 opinion and “certified” what it considers to be the dispositive questions to the Texas Supreme Court. In effect, the federal Court of Appeals has asked the state’s highest court to answer dispositive questions of state law (as opposed to federal law) before the federal court will resume its own deliberations.

The federal appeals court certified “the following determinative questions of Texas law to the Supreme Court of Texas.”4

As is customary to allow the state court leeway in responding, the federal court disclaimed “any intention or desire that the Supreme Court of Texas confine its reply to the precise form or scope of the questions certified.”

Although the certified questions are posed by the Court of Appeals, the parties answer the questions quite differently, and support their answers with contrasting rationales.

BP summarises the appeal as “an insurance case governed by the plain language of the policies, and there is no language in the Policies — none whatsoever — that limits the scope of BP’s insurance coverage for the Deepwater Horizon oil spill to the scope of Transocean’s wholly separate and more limited commitment to indemnify BP in the Drilling Contract.”8 In BP’s view, “indemnity and insurance are entirely separate forms of risk transfer, ” and the insurers are to blame if the scope of insurance coverage is broader than the scope of the contractual indemnity: “If the parties had so intended, it would have been easy for Appellees, whose ranks include some of the world’s most sophisticated insurers, to insert standard language into the Policies restricting coverage “only to the extent” of Transocean’s indemnity commitment. They did not do so, and Insurers cannot rewrite the Policies to add those restrictions now.”9

In Transocean’s view, the indemnity and insurance provisions are complementary, and the appeal“concerns the interplay between Transocean’s Insurance Policies and its Drilling Contract with BP. BP seeks additional-insured coverage for a liability that BP assumed in the Drilling Contract, namely, the liability for massive subsurface-originating pollution from the Macondo well oil release in the Gulf of Mexico.”10

Transocean’s underwriters, who are potentially exposed if the court eventually rules in BP’s favour, portray the appeal as involving a stranger to the insurance policy (BP) who seeks benefits not intended by it or by the named insured (Transocean) in the contract that triggered BP’s additional insured status in the first place: “the interested insurers do not seek to restrict the available coverage. Rather, this dispute is about whether Transocean, the named insured that paid the premiums for the policies at issue, is entitled to the coverage for which it bargained, or whether BP, an additional insured that bargained by separate contract with Transocean for limited benefit from that coverage, can claim the policies’ coverage as its own, possibly leaving none for Transocean.”11

Several trade associations have also filed amicus curiae (friend of the court) briefs. In support of BP, the National Association of Manufacturers (NAM) argues that “nothing on the face of the policy unambiguously limits the scope of additional insured coverage or clearly imports any potentially limiting language from the drilling contract.”12

In contrast, the International Association of Drilling Contractors (IADC) argues,  “The insurance provisions of drilling contracts are intended to support and complement the allocations of responsibility in the indemnity sections; they are not intended to overturn the indemnity provisions and render them worthless.”13

B&G also comments that “It is not always practical or possible to adjust the policy language for a Texas-specific issue where the insurance program is being negotiated in different layers with insurers located all over the world, and where the policies are meant to operate seamlessly across multiple jurisdictions.”16

Uncertainty will reign until the Texas Supreme Court answers the certified questions and the federal Court of Appeals rules in the underlying case. Stay tuned. Until then, our closing admonition in the June 2013 Bulletin bears repeating: insurers would be well-advised to scrutinise their policy wording to ensure it places the intended limits on the scope of additional-insured coverage.17

For more information, please contact Emilie Bokor-Ingram, Associate, on +44 (0)20 7264 8463 or emilie.bokor-ingram@hfw.com , or your usual contact at HFW, or David Sharpe, Counselor at Law at Lugenbuhl, Wheaton, Peck, Rankin & Hubbard.