As a matter of fact, several things began to change even before the new Government took over on 1 July 2014. Perhaps, in preparation for the imminent changes looming ahead, the previous Maritime Authority Administrator finally paid attention to the many critics all over the world and revoked the exclusivity held by a company called Orion Maritime Training Centre. Orion enjoyed the monopoly, granted by the previous government, to review and approve assessments and licenses for certain seafarer’s licenses. The end of this monopoly means that we should expect great cost reductions, compared with the thousands of dollars charged by Orion to its customers during the time they enjoyed this exclusivity, close to five years!

The changes also bring hope to a group of maritime schools and institutions wishing to be approved by the new government to offer a more realistic price and on a more competitive service for the benefit of thousand of seafarers worldwide already with certification issued by their maritime schools in their home countries and need to apply for a Panamanian certification equivalent to the certificates.
During his first speech, after taking the oath of office and according to the local daily newspaper La Prensa, Varela said his government will be “honest, transparent and efficient.”

For the shipping industry worldwide, Panama is more than a man, a plan and a canal. Panama is the leading country in ship registration. World fleet figures published a week ago by IHS/Fairplay, positions Panama once more as number one, since 1993. Panama has been the world leader in ship registration for over 21 years.
Data published by IHS shows Panama with just over 220 million gross tons and 8, 138 ships registered up to 30 June 2014. Liberia follows in second place with 3, 075 vessels totalling 126.5 million registered gross tons on their books, and followed in third place by Marshall Islands with 2, 450 ships, totalling just over 101 million.

Panama´s Register has over 100 million registered gross tons.  Its historic rival now:  it took Marshall Islands 24 years to go from zero tonnage, when the registry started in 1990, until last January 2014, when the registry declared to have reached the 100 million gross tons mark. If compared with the figures given by IHS last week, the Marshall Islands Registry has enjoyed an increase of 1.73 million in just 6 months. Panama should pay attention to this trend!
There are a lot of challenges ahead in the shipping world, regardless of flag. New conventions, new regulations, and lot of housekeeping to be done. To accomplish this enormous task, the new Panamanian Government has appointed two new officers to ensure the growth continues and that the registry that never sleeps, continues offering prime services to the international shipping industry.

New Government means New Maritime Administrator
The shipping responsibility for the Varela’s Administration is now on the shoulders of Jorge Barakat, the new administrator of the Panama Maritime Authority appointed a couple of days ago.
The Administrator’s position has the rank of a minister because of its importance for the country –and to allow him to participate in the Cabinet meetings, as provided by article 174 of Law 57 of 2008. Barakat is the new man to head the Administration that includes merchant marine, seafarers, ports and other directorates.
Everyone is aware in the new cabinet that the Maritime Authority is a very important government institution. It is impossible to ignore the important role Panama plays in the maritime world, as a logistic hub for the Americas, the leader ship registry worldwide and administrator of the Panama Canal and the expansion project.
Barakat is a lawyer by profession, graduated Sigma Lambda at the University of Panama and has an MBA in Negotiation, Mediation and Arbitration. He served between 2009 and 2011 as Deputy Administrator at the Maritime Authority; he has also served as Commissioner of the Panamanian Association of Maritime Lawyers working on the reforms of the Panama Maritime Code between 2006 and 2008. 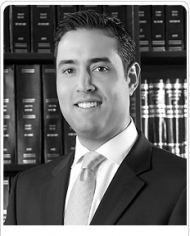 Deputy Administrator Panama Maritime Authority
Agustin Moreno is also a lawyer by profession and has a Masters degree in Contracting Specialization and International Financial Markets, 2004, from a university in Spain and a degree from Yale University in 2007. He is fully bilingual in Spanish and English and also speaks Italian. He is a certified public translator. His area of expertise in private practice is Maritime Law and Corporate/Commercial transactions, including property conveyance.
Between 2004-2009, Moreno assisted the vice-president of the Republic of Panama whilst he was in charge of the Panama Maritime Authority as Administrator.
Sources: La Prensa, Panama, Presidency of Panama on line, IHS, UK and other sources.