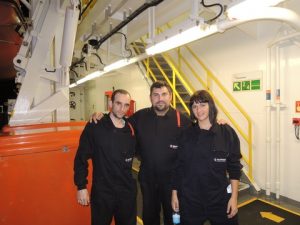 A booming black market for fuel in West Africa and South East Asia has led to a spate of piracy attacks in the regions, prompting the IMB last month to issue a warning to all ships, but particularly small tankers, to maintain strict anti –piracy measures.

Piracy attacks are hitting the headlines on an all too frequent basis.  Just this month a Malaysian oil tanker in the Malacca Straits was attacked by pirates and had 2, 500 metric tonnes of oil siphoned, becoming the 9h victim of a petro piracy attack since April.  This succession of attacks makes South East Asia the piracy hotspot for attacks this year so far, and raises grave concerns it could match the frequency of attacks experienced by Somalia at its height in 2011.

Authorities response times, or rather lack of, to piracy attacks in the region, and levels of violence; with a seafarer onboard a product tanker shot in the neck by a pirate just last month, means a passive anti – piracy deterrent is vital, both to safeguard seafarers and assets.

Marine Armor System manufacture, supply and install passive solutions against maritime piracy around the world, providing ballistic protection to the crew.  The system is fully patented and includes anti pirate blockades, bunkers and armored citadels or safe rooms onboard, protecting crew with a bulletproof barrier in case of pirate boarding.

As opposed to traditional means like steel plates or ballistic removable panels, MAS is an automatic system that will deploy in just a few seconds, providing a very efficient ballistic barrier that is suitable to block all possible access to the living quarters as well as for the creation of a citadel where the crew will muster and hide from pirates.

Edurne del Río of Marine Amour System says “Lower freeboards and speed of travel does leave Tankers vulnerable to piracy attacks, particularly in the current hot spots of West Africa and South East Asia. The current trend in petro –piracy highlights that security hardening solutions are not a luxury, but an essential part of seafaring. MAS is ideal to protect the bridge, preventing pirates gaining control of the tanker to take it away and transfer the oil to another vessel.   In HRA’s, MAS can form part of a layered defence system in tandem with armed guards, enabling them to focus on saving lives instead of securing each area door by door.”

MAS is manufactured using kriptonia, a high-quality material stronger than steel.  Exclusive to MAS, there are no other comparable products on the market; it is the only one with ballistic classification FB6 which stops military weapons.

MAS will be exhibiting at SMM, the leading international maritime trade fair, which takes place in Hamburg 9-12th September. Visit MAS on stand 223 in Hall B8 to find out more about its products and services or alternatively visit http://www.marinearmorsystem.com or on twitter @MarineArmorS.