Bureau Veritas to class and certify KAOMBO FPSOs for Saipem 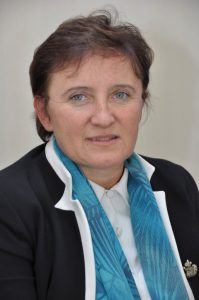 Bureau Veritas  has been awarded a contract by Saipem to provide classification and certification services for the two KAOMBO FPSOs for service off Angola.

The US$4bn project for the FPSOs was awarded to Saipem by Total for the engineering, procurement, installation and commissioning of two converted turret-moored Floating Production Storage and Offloading units (FPSOs) for the Kaombo Field Development Project, located in Block 32, offshore Angola. Bureau Veritas will oversee the conversion of the vessels and class the floaters in service, while certifying the topsides and turret assemblies.

Marie-Francoise Renard, Offshore Sales and Marketing Director, Bureau Veritas, says, “Saipem entrusted Bureau Veritas with this important contract because we could meet their three key needs. They sought a third-party company with sufficient FPSO experience to deal with a challenging first conversion project for Total, the third-party had to have sufficient resources in South-East Asia for the follow-up of the conversion of two large FPSOs more or less in parallel, and, crucially, they needed to work with a company that has the capacity to work in Angola for local content issues during the EPC and in service phases for at least 15 years. Bureau Veritas, as a global FPSO leader, is able to match those needs with major teams already in Asian yards and a strong track record in Angola, especially with local content.”

Two VLCCs will be converted into FPSOs at Sembawang shipyard, Singapore. Each will have an oil treating capacity of 115, 000 barrels per day, a water injection capacity of 200, 000 barrels per day, a 100 million scfd gas compression capacity and a storage capacity of 1.7 million barrels of oil. Part of the activities related to engineering, procurement, topsides modules fabrication and integration as well as commissioning onshore and offshore works will be carried out in Angola. The topsides fabrication activities will be undertaken in Saipem’s Karimun Island Yard, located in Indonesia. The first FPSO unit will be operational by the first quarter of 2017 and the second unit by the second quarter of the same year.

Bureau Veritas is one of the big three major class societies active in the offshore field and is a leader in FPSOs.  In total it has worked on around 140 FPSOs. Today, it classes around 50 in service and is classing or verifying another ten currently under construction.

*Bureau Veritas is a world leader in conformity assessment and certification services. Created in 1828, the Group has 61, 000 employees in around 1, 330 offices and laboratories located in 140 countries. Bureau Veritas helps its clients to improve their performance by offering services and innovative solutions in order to ensure that their assets, products, infrastructure and processes meet standards and regulations in terms of quality, health and safety, environmental protection and social responsibility.