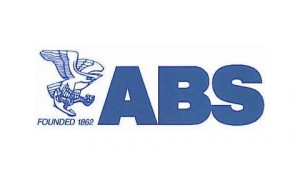 25 August 2014 – (Houston) ABS, the leading provider of classification services to the global offshore industry, has been selected to class the Remora HiLoad dynamic positioning (DP) BR loading unit, a second generation of the HiLoad DP system that connects to and keeps conventional tankers in position during crude oil offloading from floating production installations.

Traditional offloading methods using a mooring buoy solution can be expensive in ultra deepwater fields such as those in Brazil’s Santos Basin. Addressing the need for a cost-effective and flexible offloading solution in remote regions and harsh environments, Norway-based Remora AS developed the HiLoad technology over 14 years to provide a direct offloading method that can deliver cost savings while exporting crude oil from ultra deepwater areas.

The HiLoad technology consists of a proprietary high-capacity friction attachment system capable of transferring several thousand tons of friction force between the loading unit and the conventional tanker, enabling it to station keep any non-dedicated tanker or barge without the need for modifications to the hull structure or associated equipment, such as mooring or offloading lines.

In 2013, Remora was contracted by BG Group to perform a FEED study for the next generation of HiLoad DP units. The new HiLoad DP BR unit will include increased engine power and the capability to maneuver vessels larger than suezmax size, such as very large crude carriers (VLCCs) with carrying capacity of 320, 000 dwt, in the Santos Basin where as many as 15 floating production, storage and offloading units (FPSOs) will be working by 2018.

The goal for the FEED study was to develop a next-generation HiLoad DP unit that could station keep a VLCC next to an FPSO and at the same time offload directly to the VLCC in at least 95 percent of the weather conditions in the Santos Basin environment.

As a first step in the third-party verification process for any new technology, approval in principle (AIP) covers the basics of the concept design. ABS granted AIP for the first HiLoad DP in 2003 and performed a drawing review to determine the applicable notation and Rule set for a HiLoad unit operating in Brazil in 2012. To further support Remora’s HiLoad technology development, ABS recently granted AIP and approved the basic design for the HiLoad DP BR unit design.

“The world’s largest oil discoveries in recent years have come from Brazil’s deepwater, pre-salt basins, which have contributed to record production from the region, ” says Geir Ove Saltvedt, Remora AS Senior Vice President, Technical Division. “Remora is pleased to work with ABS to class the next-generation HiLoad DP, which will provide BG Brasil with an easier, safer and direct method to export crude oil from the region’s pre-salt developments.”

Upon completion of class requirements, the HiLoad DP BR loading unit will receive the A1, AMS-NP, DPS-2, AMCC, AMCCU and UWILD notations under ABS class. The functional description, Tanker Loading and Station Keeping System, will be included in the ABS Record in addition to the class notation.