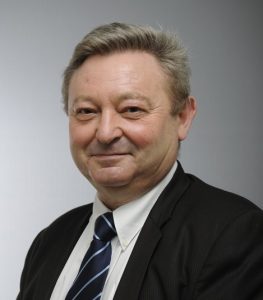 10 September 2014 – The development board at leading French port Marseilles Fos has re-elected ferry company boss Marc Reverchon as chairman of the consultative body for its second five-year term.  The 61-year-old is chairman and managing director of Compagnie Meridionale de Navigation, which operates from Marseilles to Corsica and Sardinia.  He joined the company in 1996 after six years as the port authority’s director of development.

M. Reverchon became the development board’s inaugural chairman in 2009 after the French port reforms of 2008 established a three-tier management structure that also includes executive and supervisory boards.  The latest development board took office on September 5 and consists of 40 members including port professionals, union representatives and local authorities.  Their mandate is both consultative and pro-active on issues ranging from tariff policy to overall strategy.

Members paid tribute to M. Reverchon for his coherence in chairing such a diverse group across a wide variety of subjects.  He responded by acknowledging the ‘perfectly complementary’ liaison between the various boards, stressing: “In respecting the range of views, quality of analysis and relevance of the development board’s objectives, we must continue to pursue a strategic vision that benefits the port’s development in every dimension.”

The Marseilles Fos port authority and nine companies based in a 1200-hectare area of the Fos industrial zone have become founder members of an association dedicated to encouraging cooperation, synergies, innovation and new investment in their activity sector.

The project is being backed under the regional government’s innovation strategy and also supports the port authority’s aim of development and diversification in the industrial and notably energy-related sectors.  Prime objectives include developing a vapours network to realise synergies between producers; identifying synergies in services, utilities and products; industrial and innovation development projects; studying options for the platform’s economic model, organisation and infrastructure; and marketing initiatives including a ‘plug & play’ offer targeted at international players.