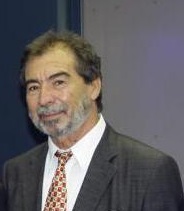 After 37 years of working faithfully for MAN Diesel & Turbo Hellas, Dimitris  Vlantos retired on 30 September, 2014. He originally joined MAN Diesel &  Turbo in 1977 and played a prominent role in driving the company’s major developments and changes, enabling it to successfully face the changing needs and expectations of the Greek shipping industry.

Promoted to Managing Director in 2007, Vlantos guided the Hellenic subsidiary into sustainable growth until the beginning of January 2014 when his successor, Dionissis Christodoulopoulos, assumed his position with Vlantos continuing in a supporting role as project manager.

Christodoulopoulos (MBA, Mechanical Engineer) joined the company in 2009
and has a deep knowledge of the shipping industry and market needs.
MAN Diesel & Turbo Hellas would like to thank Dimitris Vlantos for his great
contribution throughout his lengthy career and wishes him the very best for the coming years.

NB.: Although it sounds unbelievable, we wish Dimitris a happy retirement but also a continuous involvement as his experience in the field is second to none! Meantime we wish his successor Dionissis Christodoulopoulos all the very best!