US and EU sanctions against Russia… 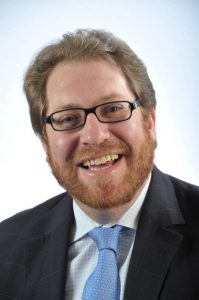 US and EU sanctions against Russia – implications for the wealth management industry,  By James Brewer

Providers of financial services to wealthy individuals and families have been warned that American and European sanctions against Russia extend into every corner of the global economy.

“Russia is so much more integrated [than Iran, another current sanctions target] into the world system that these sanctions by the US and European Union have real bite. The important point is that these sanctions really do have global reach, ” said Matthew Getz, international counsel with Debevoise & Plimpton LLP.

Speaking at the Shorex Wealth Management Forum in London, he said: “These laws have to be followed not just to the letter, but in the spirit. If you cannot do something directly, you cannot do it indirectly.”

In the first instance, EU and US sanctions apply to everyone in those territories, including foreign entities or individuals there and business that takes place in the EU and US. The prohibitions applied to imports and exports to those territories, and to EU and US companies, including their non-EU and US offices or branches, anywhere in the world. They applied to EU and US citizens anywhere in the world – even if working for a non-EU or non-US company.

Generally the sanctions do not apply to independent subsidiaries of EU and US companies established in non-EU and non-US jurisdictions.

The EU prohibits circumventing sanctions, or facilitating or enabling a transaction by an EU or foreign person that would be prohibited to the EU person.

Washington prohibits approving, financing, facilitating or guaranteeing a transaction by a US or foreign person that would be prohibited to a US person. “If you are dealing with dollars somewhere in the [business] chain, you are dealing with an American bank, ” warned Mr Getz.

“So one needs to know what is on the list if you deal in finance and arrange transactions for people. In the US you cannot give insurance to a listed person.”

The main exceptions to big trading powers imposing sanctions against Moscow were China, Hong Kong, Singapore and Taiwan. Mr Getz noted that there were many overlaps between EU and US rules, although they were not identical. These facts were no cause for financial practitioners dropping their guard against the risk of committing violations.

Mr Getz cited significant enforcement actions against big corporations for offences committed before the economic clash broke out with Russia over its attitude to Ukraine.. The penalty against BNP of $8.9bn was related to anti-Iran sanctions; HSBC suffered a penalty of $1.2bn for anti-money laundering failures; Standard Chartered incurred a penalty totalling $470m over sanctions busting; and Bank of Tokyo Mitsubishi was asked to pay $250m for transferring money through New York for companies in Iran, Sudan and Myanmar.

Defence companies cited by the EU are OPK Oboronprom, United Aircraft Corporation, and Uralvagonzavod. The US singles out Rostec.

There is a complex licensing regime for various exports. The curbs extend to financial and technical assistance in some cases.

For wealth managers, the key consideration was: is your client a blocked person? Mr Getz said protection of such clients had pitfalls. Restructuring of assets could be possible, but wealth managers should seek legal advice before taking any protective steps. Contractual obligations should be reviewed.

It could be difficult to continue to represent a client who became blocked by sanctions. There could be problems transferring funds, and an asset freeze might affect client holdings.

EU moves could be challenged in the European Court of Justice, but proceedings would be expensive and time consuming, without guaranteed outcome. It would be even harder to mount a challenge in the US.

Setting up non-US and non-EU structures could be deemed to be evasion or circumvention of the rules.

The US prohibits trading in the shares of a blocked company. The EU does not but in practice, trading could be difficult. Trade in newly issued shares of a company subject to capital market restrictions is forbidden, but existing shares may be bought and sold, said Mr Getz.

Legal advice should be sought before dealing with any sanctioned asset.

As to the future, more names were likely to be added to the lists of designated persons, and there was potential for heavier sector-wide sanctions in the oil and gas industries, financial services, defence, and mining.

Russia was unlikely to sit back, and could introduce broader countermeasures.