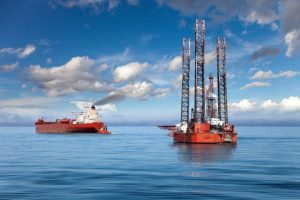 An international maritime security company is stepping up its services to combat increasingly sophisticated threats worldwide.

The Private Maritime Security Company’s (PMSC) action comes as owners and operators face a growing complexity of risks from piracy and maritime crime as well as organised crime syndicates, some of which feed into terrorist networks.

Neptune will continue to operate its successful core vessel protection as well as further build on its risk consultancy services and mitigation operations in hazardous areas.

Founded in 2009 by two former members of the UK’s maritime special forces, Neptune has offices in Dubai, the UK, Tokyo and Singapore.

“Their reach stretches across the Asia, Middle East and Africa (AMEA) region as well as parts of North and South America to pose a potential threat for executives, operators and owners in a range of maritime sectors, including ports, offshore and the cruise market.

“As a trusted and professional PMSC, we continue to develop and deliver safety and security services tailored to the protection of the maritime community as regional threats and global hazards evolve.

“Our expanding range of services is designed specifically to ensure the continued safety, security and protection of people, vessels, assets and installations.

“Protection by prevention is key in the effective management and mitigation of risk, whether it is at sea, in port, in onshore and offshore environments.”

In addition to an increase in attacks on merchant shipping, the oil and gas sector has become a valuable target for a new wave of organised criminal organisations in Southeast Asia.

There have been 129 reported incidents of maritime crime so far in 2014 in the region, according to latest figures from the Regional Co-operation Agreement on Combating Piracy and Armed Robbery Against Ships in Asia (ReCAAP).

The Vietnamese flagged Sunrise 689 was among the latest of 16 tankers to be hijacked so far in 2014 when it was boarded near the Malacca Strait in October.

Off the coast of Guinea in West Africa, latest figures show 51 confirmed incidents so far this year. Hijackings and theft continue as well as kidnaps of oil and gas workers and senior crew.

Port and terminal owners and operators face increasing instability, particularly in North Africa and the Middle East. There are more than 12, 000 ports worldwide, according to IHS’s Sea-web. Major threats include civil unrest and potential terror attacks.

The cruise industry values discreet protection and training services. Cruise Market Watch said that the number of cruise passengers is set to increase by 3% this year to 21.6million compared with 2013 – making the industry worth $27.1 billion worldwide.

Neptune has strengthened its safety and security provision with a comprehensive range of services to support identification, management and mitigation of business risks. They include vessel and facility security surveys, consultancy services, bespoke risk assessments, staff training, emergency response plans, and health and safety planning as well as low profile protection, chaperone services and armed security.

In the oil and gas sector, expanded services include professional risk management in upstream exploration, drilling and production. This encompasses early assessments to pinpoint risks to a particular project, regional threats and specific security needs.

Neptune’s cruise ship protection teams carry out risk assessments for ships and terminals. They also provide a low-profile presence on vessels at sea and in port as well as at facilities when required.

Neptune is one of a small number of accredited PMSCs to achieve associate membership of BIMCO, one of the world’s largest shipping associations, after achieving the ISO (PAS) 28007 accreditation.