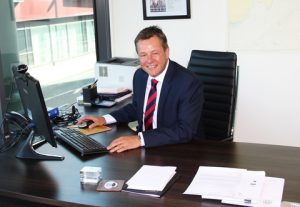 Specialist marine insurance intermediary Seacurus says that overall confidence in the successful implementation of the Maritime Labour Convention 2006 (MLC) should not conceal the fact that there is continuing concern over the risk of abandonment and the timely payment of crew wages.

Thomas Brown, managing director of Seacurus, says, “Recent figures from the Paris Memorandum of Understanding (MoU) on Port State Control indicate that the MLC Convention is being well-enforced, with 113 ship detentions relating to MLC deficiencies recorded since MLC 2006 entered into force on 20 August, 2013.

“Overall, it seems that progress is being made and that MLC can deliver on its promises. But the Paris MoU figures also show that detainable MLC-related deficiencies were most frequently recorded in the areas of ‘payment of wages’ (39.5 percent) and ‘manning levels for the ship’ (28.6 percent).

“Moreover, a survey earlier this year by seafarer website and employment agency Crewtoo appears to bear out the Paris MoU data. Almost half the respondents to the survey, which gathered the views of over 1, 000 seafarers, said they had had to wait at some point for delayed wage payments to be made by their employer. The same survey also revealed that 36 per cent of seafarers had been forced to work without pay, while 17 percent had been abandoned.

“Overdue salaries are one of the red-flag indicators of financial distress for shipping companies, and many seafarers are being subjected to undue stress, frustration and uncertainty over wage payments. MLC 2006 states that wages should be paid at least every month, so it is disappointing to see that so many seafarers have experienced delays. There are clearly reasons for concern in this regard.

“It seems that seafarers feel positive about the effect that MLC 2006 is having on their day-to-day existence, reflecting both the spirit and the letter of the convention. Seafarers are aware of the protective systems in place, such as the Seacurus CrewSeacure cover, and are willing to research the subject before sailing. This could be something of a tipping point for the industry. But it is not quite time for pats on the back and high-fives. There are still problems which need to be addressed.”

The latest issue of the monthly ‘Seacurus Bulletin’ can now be accessed on the Seacurus website at http://goo.gl/mxnXFu . In addition to MLC 2006 enforcement news, it includes articles on piracy, the OW Bunker & Trading collapse, and the ban on ransom payments for terrorism.

Seacurus Ltd is an FCA-regulated insurance broker, founded in 2004, specialising in bespoke revenue protection cover for the maritime industry. It is a market leader in the design and implementation of solutions to protect companies from unforecasted balance-sheet impacts, including credit default, charter party cancellations, hijackings and voyage disruptions caused by political events. Seacurus established the first delegated underwriting binding authority for marine kidnap insurance and is an approved Lloyd’s Coverholder. www.seacurus.com

Formed in 2007, Barbican Group Holdings is an insurance group writing business predominantly through its syndicates at Lloyd’s. It also has a non-Lloyd’s financial solutions business based in Guernsey which offers insurance and reinsurance programmes to the global market. Barbican Syndicates 1955 and 6113 at Lloyd’s has a stamp capacity of £227.5m for the 2013 year of account and underwrites cyber liability, financial and professional lines, healthcare liability, international casualty reinsurance, marine insurance, marine reinsurance, North American casualty reinsurance, property, property reinsurance and corporate, middle market and scheme/affinity group clients in the UK and Ireland. www.barbicaninsurance.com

A mobile app that moves at the speed of trade