Humour has no limits; limited minds are just that – limited 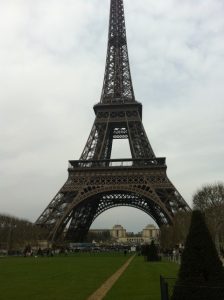 The Charlie Hebdo massacre that occupies the headlines worldwide since yesterday, should become the beginning of a new era in confronting acts by a certain sector of humans who continually “fail” to understand various tendencies of particular cognitive experiences in provoking laughter and providing amusement; these humans will never ever have any sense of humour!

One wonders if capital punishment should be introduced following such despicable acts or the Athenian way or method, like the ruthless measures wrought on the people of Milos Island when they revolted and betrayed the city state… Any such punishment though will definitely be a revenge. I guess, the best thing for those who really control power, is to publicly use unlimited humiliation and ridicule perpetrators of atrocities.

Religion is one thing, philosophy yet another; but what about ways of life? Some so called religions are a brainwashed and imposed system, a way of life… or death.

Too much “freedom” and continuous and repeated mistakes create these incidents and it’s about time the truly civilised world showed zero tolerance – full stop and period.

January 2015 issue of Horizons out now