Hamburg,  13 January 2015. A new course has been set within the management structure of E.R. Group in terms of personnel. Anke Hennings, formerly head of finance at E.R. Capital Holding GmbH & Cie. KG, will take on the position of chief financial officer (CFO) on 1 February 2015. She has been with E.R. Group for 14 years and steps into the shoes of Frank Bergert, who is leaving the company. We would like to thank Frank Bergert for his valuable contribution to the company over many years and wish him great success in his new duties. 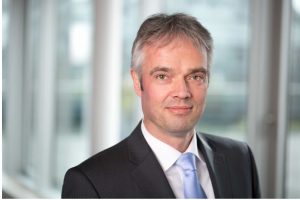 Helge Bartels, former director technical fleet management, will likewise become a member of E.R. Schiffahrt’s management team on 1 February 2015. He will use his comprehensive expertise to head the technical division.

‘One of E.R. Group’s strengths lies in its many expert employees and managers who have been working together successfully for years and are ready to take responsibility at any time. I am delighted to be able to promote people from this pool of outstanding internal candidates, ’ says Erck Rickmers, founder and owner of E.R. Group.

About E.R. Capital Holding Erck Rickmers’ companies are consolidated under the umbrella of E.R. Capital Holding. They include: E.R. Schiffahrt, a ship owning and ship management company specialising in container and bulk carrier shipping with a fleet of around 100 vessels. E.R. Offshore, a company that manages special vessels for offshore oil and gas production and has 13 units. Nordcapital, an investment company, which focuses on project financing of tangible assets in transport, energy and real estate. Nordcapital has established around 140 funds with an investment volume of EUR 6 billion for private and institutional investors. The companies within E.R. Capital Holding employ a total of more than 3, 500 people on land and at sea. www.er-capital.com