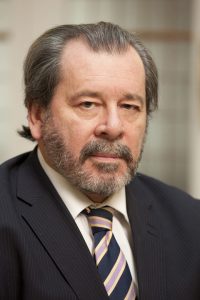 The International Association of Dry Cargo Shipowners (Intercargo) again reminds all stakeholders of the continued dangers associated with the carriage of bulk cargoes that mayhave a potential for liquefaction.

The recent capsize and sinking of the Bahamas flag Bulk Jupiter in the opening days of January, with the loss of 18 of its 19 crew, may again prove to be yet another casualty statistic in the long list of bulk carrier losses caused by cargo liquefaction. The ship had reportedly loaded a cargo of Bauxite at Kuantan, Malaysia.

In any such incident, our first thoughts will always be with the families of the crew members that have lost their lives and Intercargo welcomes a swift and thorough investigation into this tragic incident, so that the causes can be established and lessons learned. It is only by addressing the root cause of shipping casualties directly that we can help ensure the safety of crews and ships.

Intercargo has repeatedly expressed concern over the need for increased care and vigilance when bulk cargoes that have the potential for liquefaction are to be carried, and has achieved success through IMO towards improved testing and verification of the carriage conditions for Iron Ore Fines and Nickel Ore cargoes. Bauxite appears to be another cargo that now requires the increased vigilance necessary to ensure safe carriage conditions are validated and maintained.

David Tongue, Secretary General of Intercargo, said “What is normally considered a Group ‘C’ cargo may have the potential to behave like a Group ‘A’ cargo when that cargo’s specified characteristics are not maintained, especially when cargoes with higher levels of fines and moisture beyond those specified in the IMSBC Code are presented. The IMSBC Code states that ‘many fine-particled cargoes, possessing sufficiently high moisture content, are liable to flow.  Thus any damp or wet cargo containing a proportion of fine particles should be tested for flow characteristics prior to loading’”. He continued, “Port States have an obligation to ensure that the condition of cargoes they permit to be loaded in their ports are safe for carriage.  There is no doubt that if this obligation was strictly adhered to by all port States through consistent implementation by Competent Authorities, the risk to bulk shipping would be greatly reduced”.

Shipowners, operators and charterers should exercise extreme care when dealing with any cargo that has the potential to liquefy, and Intercargo re-iterates the importance of caution being the best policy; if there is any doubt whatsoever with the authenticity or content of the cargo declaration Intercargo strongly advocates the use of independent tests to check and report actual cargo condition prior to loading.

Intercargo has been informed that following the Bulk Jupiter casualty, Bauxite cargo being loaded from Kuantan has been suspended by some, if not all shipowners due to tests indicating that the cargo presented is potentially unsafe to load. We have also learned that one such cargo has arrived at its discharge port in a liquefied condition.

Intercargo remains committed to working with the IMO, the International Group of P&I Clubs and other industry stakeholders to continuously improve the safety of shipping in the dry bulk sector. On 12 January, Intercargo together with the IG met with the Maritime Attaché, Alternate Permanent Representative of Malaysia to IMO, for dialogue in an effort to help ensure all future solid bulk cargoes from Malaysian ports are verified safe to ship.