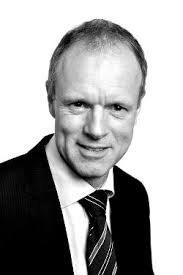 NEW YORK, January 12—Conference organizers have announced the speaker lineup for the 21st annual Hellenic-American and Norwegian-American Chambers of Commerce conference, often called the New York Shipping Conference.  Entitled “The Life of a Ship”, the conference will feature luminaries including Steinar Nerbovik of Aker Philadelphia Shipyard, Ben Ognibene of Heidmar, Craig Stevenson Jr., Joseph Hughes of Shipowners Claims Bureau, Paal Johansen of DNV GL, and Angela Chao of Foremost Group .  The event will be held on Wednesday, February 11th at the Waldorf-Astoria starting at 0815 with conference registration and continental breakfast sponsored by DNB Bank ASA.

The organizers are pleased that the luncheon keynote speaker is Sturla Henriksen, CEO of the Norwegian Shipowners’ Association.  The luncheon is being sponsored by The Marshall Islands Ship and Corporate Registry.

The New York Shipping Conference is being co-chaired by Brian Devine, a Partner at Norton Rose Fulbright, Clay Maitland, a Managing Partner at International Registries, Inc., and Anders Platou, Head of Shipping, Offshore and Logistics at DNB Bank ASA, New York Branch.  “We are delighted by the participation of such qualified industry players” stated Clay Maitland.  “This promises to be one of the finest programs produced in the more than twenty years of activity.

The day’s program will conclude with a cocktail reception sponsored by Blank Rome LLP and Jacq. Pierot, Jr. & Sons.

Sponsorships are still available by calling Inger Tallaksen at +212 885 9737.