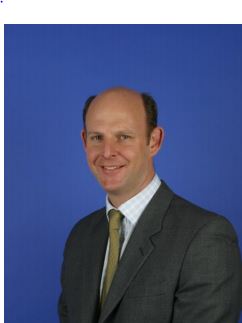 Global Xpress will deliver superfast connectivity to the remotest regions in the world – providing up to 100X faster broadband speeds on land, at sea and in the air

22 January 2015 – Inmarsat (LSE:ISAT.L), the leading provider of global mobile satellite communications services, will complete another significant milestone in the delivery of its transformational Global Xpress (GX) service with the scheduled launch of Inmarsat-5 F2 (I-5 F2) from the Baikonur Cosmodrome in Kazakhstan at 12.31pm (GMT) on Sunday 1st February.

Inmarsat is investing US$1.6bn in the delivery of Global Xpress, which will create the world’s first globally available, high-speed mobile broadband service, delivered through a single network operator.

Inmarsat’s 5th generation satellites – which form the GX network – have all been built by Boeing Satellite Systems International Inc. (“Boeing”) in California. The launch is being undertaken for Inmarsat by International Launch Services (ILS) using a Proton launch vehicle.

Global Xpress will deliver broadband speeds more than 100 times faster than the company’s fourth generation (I-4) constellation.  It will offer new opportunities for end-users, in both the public and private sectors, to significantly enhance their connectivity and to access bandwidth-hungry applications, even in the remotest and most inaccessible regions of the world.

Following the launch of the third Global Xpress satellite – Inmarsat-5 F3 – which is scheduled for early Q2 2015, Inmarsat is planning to commence global commercial GX services early in the second half of the year.  The new network, which complements Inmarsat’s existing fleet of L-band communication satellites, will deliver seamless, superfast mobile broadband services across the planet.

Rupert Pearce, CEO of Inmarsat, said: “Global Xpress is a truly transformational technology and, as we complete its global roll-out, 2015 promises to be one of the most significant chapters in our company’s history.

“Through Global Xpress, the world can move forward from the ‘Internet of Everything’ to the ‘Internet of Everywhere’, in which high-speed, reliable and secure connectivity is available anywhere and at any time – even in the most inaccessible regions – for customers on the move or to fixed locations. We believe that our new global network will power innovation, support economic development and help transform social services, from education to healthcare, in regions not adequately served – or not served at all – by terrestrial networks.”

Each of the three satellites in the initial GX fleet has 89 beams and six steerable high-power spot beams for multi-regional coverage. The GX satellite weighs 6100kg at launch with a wing-span wider than a Boeing 737. All three have a design life of 15 years.

The I-5 F2 will be launched by ILS on-board a Proton Breeze M rocket.
About Inmarsat

Inmarsat plc is the leading provider of global mobile satellite communications services. Since 1979, Inmarsat has been providing reliable voice and high-speed data communications to governments, enterprises and other organizations, with a range of services that can be used on land, at sea or in the air. Inmarsat employs around 1, 600 staff in more than 60 locations around the world, with a presence in the major ports and centres of commerce on every continent. Inmarsat is listed on the London Stock Exchange (LSE:ISAT.L). For more information, please visitwww.inmarsat.com.