British MPs on US mission over National Express bus services 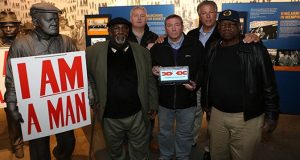 Their visit was organised by the ITF and its affiliate the Teamsters union. At community forums and press conferences in Charleston, South Carolina on 16 February and Memphis, Tennessee on 18 February the MPs joined parents, community representatives and political and faith leaders to hear school bus drivers and monitors share their concerns over ongoing serious workplace safety and service issues with Durham School Services, which operates student transportation.

Kathy Richardson, a Durham driver in Charleston for nine years, described buses with broken windows, broken heaters and mechanical issues that Durham didn’t fix when informed about them – for example, a driver who reported that a bus horn didn’t work was told by a supervisor to drive the bus anyway. She added that the bus drivers, monitors and children deserved better.

Teamster bus workers national director Rick Middleton said: “We seek healthy labour relations with Durham because that is the best situation for the students and the school boards. We want to drive up standards for safety, quality and good working conditions but believe Durham has chosen to fight worker rights and weaken standards for students. I hope the MPs’ attention will encourage National Express to partner with us.”

ITF legal officer Ruwan Subasinghe, who was also on the mission, added that the MPs had called on Durham to sit down with the unions to resolve the issues and would be taking their concerns back to National Express shareholders in the UK.

Watch the ABC news clip of Memphis events below: 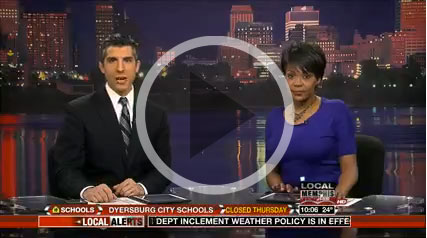 The MPs also met Alvin Turner and Baxter Leach, veterans of the historic 1968 sanitation workers strike in Memphis with Martin Luther King Jr, who said the strike had changed their lives.

Find out more about the Teamsters’ Drive Up Standards campaign.

Invitation for LSLC webinar – The impact of...