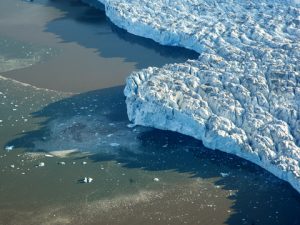 IMO’s Heike Deggim gave an update on progress to the Economist magazine’s 2015 Arctic Summit in Oslo, Norway (12 March), reporting that safety aspects of the Code were adopted in November 2014 and environmental provisions are expected to be adopted in May this year. When in force, the Polar Code will be mandatory for all ships on international voyages through Polar waters. (Photo: Mark Garten) ​