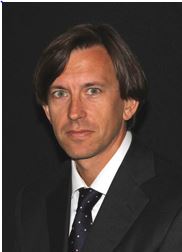 The recent demise of OW Bunkers has generated a host of claims and cross claims from physical bunker suppliers against shipowners and charterers as well as from OW Group entities or their bank chargeholders against OW counterparties.

For the purpose of tripartite commercial negotiations, parties will need to identify the relevant OW Group entity in order to determine exactly what capacity they are contracting in (i.e. as a director/ chargeholder/liquidator).This is problematic since OW Bunkers operate in more than 29 countries under a number of different trading names, not all of whom are in liquidation. At the time this article went to print six separate entities are under formal Danish bankruptcy proceedings but there is the prospect that further OW companies will follow suit.

The fact that OW acted as an intermediary bunker supplier in so many transactions globally has meant that the fallout from the group’s insolvency will be felt for a long time to come.

This article explores the grounds upon which suppliers may seek to recover sums for unpaid deliveries in the face of competing creditor interests and defences for charterers and owners.

Q. What happens to existing contracts for the future supply of fuel?

In the first instance owners/charterers should identify vessels to which subject bunkers have been delivered and for which payments have become due.

Parties may be entitled to walk away from their contractual obligations where insolvency triggers an event of default. In order to exercise these rights they will need to carefully consider the terms of their individual supply contracts and GTCs.

To successfully invoke any such default clause it is important that owners/charterers are well-informed of their counterparty’s financial standing, in addition to adhering strictly with notice provisions for termination in the contract.

Q. How can suppliers attempt to circumvent the lack of privity of contract with owners/charterers?

Whereas suppliers might not have contracted directly with owners/charterers for the supply of bunkers, suppliers may be able to assert a proprietary right over the bunkers by virtue of a retention of title (ROT) clause in their supply contracts.

Owners/charterers may nevertheless be afforded protection from a ROT claim if they can show that they took possession in good faith and without notice of the ROT clause. It is generally difficult for suppliers to assert title against a third party owner/charterer, if the terms of the ROT clause are not specifically brought to their attention. Where suppliers do not contract directly with the vessel owners or charterers the only documentary exchange with the latter is generally the bunker delivery receipt (BDR). Without clear wording in the BDR expressly referring to the ROT and/or the suppliers’ GTCs containing such a clause or provision of a copy of those terms, the clause is unlikely to be enforceable against owners/charterers. In any event, where the bunkers supplied have already been burned, the right to invoke a ROT clause against a third party will be lost.

Owners and charterers may also be held jointly and severally liable for OW Bunkers’ payment obligations. This may arise where the supply contract and GTCs define the buyer widely to include the vessel in receipt of bunkers, including registered owners and disponent owners.

The success of this type of claim depends once again to a large extent on whether owners have been given notice of suppliers’ terms including the payment terms.

Q. Can a bunker delivery receipt issued to the master bind owners and create a contractual obligation between suppliers and owners for unpaid bunkers?

Typically, suppliers will issue a BDR once bunkers have been delivered to the subject vessel. Such receipts are addressed to the master, registered owners and charterers. However, the receipt is an acknowledgement of delivery and under English law it is unlikely to create a new contract between the supplier and the owner/charterer.

Furthermore, owners may safeguard against potential claims and cross claims by including the following words in the receipt itself:

The effect of such wording is to provide notice to suppliers that charterers are responsible in the event of non-payment. Charterers should be aware of the repercussions of such clauses in view of impending claims from suppliers and various OW Group entities or their bank chargeholders.

Q. Can a vessel be arrested for an unpaid bunker claim?

Following OW’s demise, both physical and intermediate bunker suppliers have been turning to in rem proceedings against vessels where maritime liens for bunker supplies may be recognised in particular jurisdictions. The maritime lien provides an effective cause of action even where bunkers have been burned and where the vessel has changed ownership.

Each jurisdiction has its own rules regarding in rem claims against a vessel. For example under English common law, bunkers do not constitute a maritime lien. Other jurisdictions only recognise a maritime lien if suppliers have contracted directly with owners/charterers to supply and deliver subject bunkers. It is therefore important to identify whether or not a supplier has delivered bunkers on behalf of owners/charterers simply as agents.

US law recognises a maritime lien for bunker claims effectively allowing a third party physical supplier to commence proceedings against a vessel and arrest it. Thus there is a risk of double payment where owners/charterers may already have paid under their OW contracts and they find they must either pay or put up a bank guarantee or other security in favour of third party suppliers. Parties would be advised to track the relevant vessels and liaise with lawyers in corresponding jurisdictions to determine whether a maritime lien for bunker supplies may be enforceable.

The upshot has been a rise in interpleader actions where owners/charterers have either paid the disputed amount into court or into escrow so as to avoid arrest of vessels pending determination of the competing creditors’ claims.

As a preliminary measure, to mitigate exposure in the face of competing creditor demands, owners/charterers may want to consider without prejudice tri-partite negotiations although they are only likely to succeed if no payment has yet been made to either claimant.

Often owners will expressly preclude charterers from creating a lien against the vessel for unpaid bunkers and, assuming that suppliers are put on notice of such impediments (e.g. by making an express qualification on the BDR), it is arguable that charterers would thus lack the necessary authority to bind the vessel.

Time charterers may assert the following BIMCO Bunker Non-Lien Clause as a defence:

“…The Charterers will not directly or indirectly suffer, nor permit to be continued, any lien, any encumbrance, or any rights of any kind whatsoever over the Vessel in respect of the supply of bunkers.”

Any bunker non-lien notices which have been incorporated into the charterparty contract should be brought to the suppliers’ attention. Failure to do so could be fatal to owners’ defence. We have seen instances where charterers have stamped the BIMCO Bunker Non-Lien wording on BDRs to put suppliers on notice.

It is important to note that owners may still be required to post security for the duration of US proceedings arising out of an arrest and legal costs are not recoverable in the US, even if owners successfully defend the claim.

In these circumstances charterers should be cautious since owners will look to charterers for re-imbursement of damages and costs, arising out of the charterers’ orders to take on bunkers, even if OW Bunkers were paid for the supply.

Owners/charterers may consider payment to suppliers directly but of course they would remain exposed to an action by the OW Group company in question or its bank chargeholder asserting their contractual right of payment.

Q. What other issues should be considered?

To add to the contractual complexities, parties who have entered into bunker hedge contracts with an insolvent company are now left closed out with exposure to market price volatility. In this respect OW Bunkers’ default has seen a knock-on effect on the bunkers futures market.

Parties are advised to consider closely the terms of their respective contracts regarding their rights to terminate continuing obligations with OW Bunkers.

As to asserting self-help remedies such a ROT clauses, these may only assist where they have been specifically drawn to owners’ attention.

Bunker receipts are, under English law, unlikely to create contractual relations between third party physical suppliers and owners so as to give rise to an ‘in personam’ right of action.

The prospect of success for an in rem action by way of maritime lien will depend on the law of the jurisdiction in which the arrest takes place.

Where owners have put up security or paid monies into court to avoid or release an arrest, they may defend suppliers’ claims by evidencing that charterers lacked the necessary authority to bind the vessel for unpaid bunkers where a BIMCO Bunker Non-Lien Clause or similar wording has been stamped on a BDR.

The chain of supply contracts which was typical of OW Bunker Group’s operations gives rise to significant complexities on the physical side but equally with regard to futures where parties took out hedges which were intended to remain open long beyond November 2014.

2015: dawn of a new era of low-emission shipping