Shipping strategies for an asset-light era… 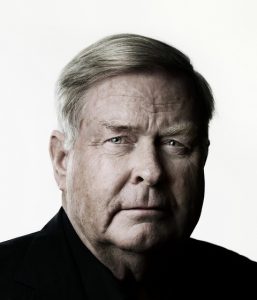 Strategic vision has been a quality sorely lacking in many parts of the shipping industry – a failure that at its worst has led to bankruptcies of quite large businesses and as a result to chaos among their suppliers and customers. Shipping guru Peter Lorange is addressing pivotal aspects of this industry-wide weakness in his latest book, scheduled for publication in spring 2016.

Equipping the new generation of leaders in the maritime and related sectors with a full appreciation of how to react to the macro-issues, and the ability to master the minutiae, is the fundamental goal of our Executive MBA in Shipping and Logistics, here at Copenhagen Business School, and, believe me, this has never been more urgent.

I have been privileged to be given a glimpse of the outlines of the forthcoming publication by Professor Lorange, which has the working title of Asset-light Shipping Strategies. Every institution in the sector already has a weighty library of volumes on shipping theory and practice, and so one must ask, as does Prof Lorange, why do we need yet another book on strategy?

The answer is, as Prof Lorange explains, that a lot has happened in shipping over the last few years – centred on the long-term crisis in most shipping markets, which, coupled with cost increases, especially regarding bunker oil (until relatively recently) have led to significant changes (more efficiency, eco-design, and so on). And the ship financing picture has also changed significantly – the traditional shipping banks do not play as important a role as they did until around 2007. In fact, the major providers of loans to many shipping businesses have become China and other Asian sources. That is just the starting point for the considerable road-bumps in the changed landscape!

Modern shipping is attempting to become “less fixed assets-intensive, ” Prof Lorange perceives, at a time when ship operators are agonising over how to get closer to emerging and new customers.

The door to more advantageous financing might be opened by long-term charters with key customers, at times completed with “sale and lease-back” arrangements, but this depends critically on relationships with those customers. A more specialised focus on particular business segments is probably the key here. That then leads to relatively less dependence on the traditional way in which most shipbrokers work.

Prof Lorange pays particular attention to the attractions of leasing, which links with the challenge on the financial side: how to take advantage of capital from others.

He urges a study of leasing-type financing models ‘à la Seaspan’ a reference to a New York-listed independent owner and manager of containerships which charters out tonnage on long-term, fixed-rate time charters.

He considers that Seaspan has pioneered a successful model for shipowning that may for others point to the future. Its strategy is similar to what we find in the aircraft acquisition business, based on long-term lease contracts for such equipment. Seaspan specialises in large boxships, with a fleet of around 80 of them, for charter to major container lines, which thereby get access to modern tonnage without tying up their own capital in shipowning. The lines are thus allowed to spend their resources on primary liner business activities. Seaspan owns the ships, has them built (in long, standardised series), finances them, and crews them – achieving multiple advantages of scale.

The author goes on to look at how relevant competences (marketing, finance, technical innovation and so on) will take shape in the future. Integrated, cutting-edge competences would be called for: finance together with technical, marketing, etc. They would no longer be residing in separate departments, but would fit into project teams – a totally new way of working – fewer ‘kingdoms, ’ and more cutting-edge general competencies. This means a rethink as he puts it, about “classical shipping-derived competence development; less in-breeding, more ‘we, we, we’ teams!

There is no getting away though from decisions on market timing. They are still the key ones: in/out, long/short! More sophisticated forecasting approaches have become available – such as that of Marsoft, which offers portfolio management and risk evaluation services to the ship finance industry.  Marsoft provides what it calls strategic decision support tools for companies – it says its clients “can draw upon our extensive market expertise and gain access to our detailed databases and forward-looking information for your cycle management process.”

This will be the 19th book to be written or edited by Prof Lorange, who is owner and president of the Zurich-based Lorange Institute of Business, and was previously president of Lausanne business school  IMD and of the Norwegian School of Management in Oslo.

He brings strategy down to earth in the latest book through half a dozen case studies of successful modern shipping companies, starting with Seaspan and prospectively covering others with specialities in dry bulk shipping, in managing the complexities of a conglomerate, and activity in the areas of offshore, chemicals, gas carriers and storage.

*Irene Rosberg is programme director the Executive MBA in Shipping & Logistics (the Blue MBA), Copenhagen Business School. Since 2001, the Blue MBA, as the programme is familiarly known, has graduated 162 executives from 35 countries, and has been praised by many shipping leaders as a key driver for the efficient modernization of the industry.