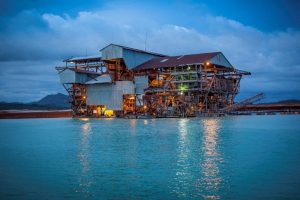 A $77m expansion is planned by AIM-listed Sierra Rutile, one of the largest miners of titanium oxide mineral sands used for pigments. This is to be accompanied by streamlining of the way its supporting equipment is imported into Sierra Leone, its home country, a move which will give enhanced status to its small port of Nitti. 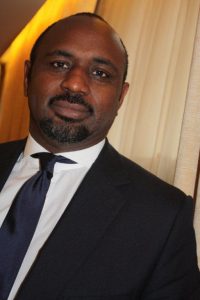 The company has won what may have been its biggest battle to date, keeping at bay the ebola epidemic that cost lives and harmed business activity in much of the region. Management warded off the spread of the virus by taking strict emergency measures, and the latest World Health Organization data shows the number of new cases in the country as a whole falling sharply.

The expansion plan is a boost for Sierra Leone, which saw international investment shudder to a halt after the widespread health alarm. Sierra Rutile was able to keep its own facilities ebola-free. The company produces titanium feedstock minerals, mainly rutile, which make pigments which are widely used in paint (ranging from domestic applications to coatings for ships), and other early cycle applications, such as plastics, paper, pharmaceuticals, titanium metal and welding rods. It produces smaller amounts of ilmenite, a lower titanium-bearing feedstock. Titanium dioxide pigment gives high brightness and opacity, and in its field is ideal for “anything that has to be very white.” 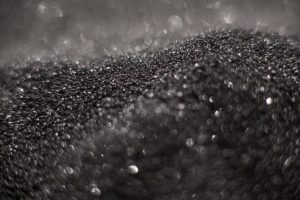 The company has one of the largest deposits in the world of natural rutile, with JORC (Joint Ore Reserves Committee) compliant [the regulatory standard] indicated and inferred resources of more than 900m tonnes of ore.

The company told investors in London that it has positive free cash flow, and development of its Gangama dry mining project, just a few kilometres from current operations will increase production substantially. Gangama will lower the company’s overall operating costs and increase its output by about one-sixth when the first phase goes into production late in the second quarter of 2016. 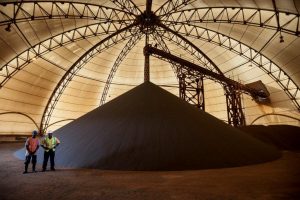 The facilities are some 30 km from the sea on the low-lying coastal plains, 135 km southeast of Freetown, but the capital’s port suffers from congestion.  “The biggest logistical challenge is bringing goods in at the port, and that is why we are trying to bypass the national port and use our own, the inland port of Nitti, ” said chief executive John Sisay.  “We already have government permission to do so, but they have to set up Customs at our port.  That could take up to three months.”

Another advantage of the port of Nitti is that it is only 2km from a regional airport.

Before being transported to harbour, heavy mineral sands are concentrated by the company in a floating wet plant, and upgraded to rutile and ilmenite. These are trucked to Nitti, from where they are conveyed in covered barges for transfer to dry bulk carriers anchored in the deeper water of the Sherbro River estuary. From there, the bulkers deliver the products to international markets. 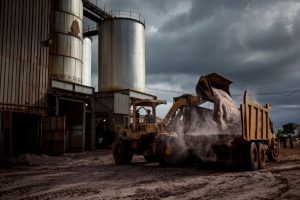 Sierra Rutile built its own infrastructure to minimise reliance on outside contractors. It owns the port of Nitti, push boats, barges, a power supply and distribution system, and a water reticulation system.

A predecessor company to Sierra Rutile owned both a rutile and a bauxite mine, which operated for 15 years, together accounting for 75% of the exports of Sierra Leone until civil war in 1995 forced suspension of the operations. In London, Mr Sisay declared confidently: “Sierra Leone is stable now. On the political risk side, the country is doing well.” On the question of security of supply, he said that Sierra Rutile keeps some stock in Amsterdam, for logistical efficiency and for ease of access by some customers. 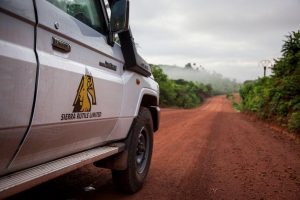 The company has mining leases over an area of 560 km, and says that its resource has potential to support a mine life of more than 65 years at current production rates.

Mr Sisay said that the Gangama mine was a compelling project that would ensure Sierra Rutile’s place as the premier low-cost producer of high-grade feedstock.  Phase one of the project is going ahead, at a cost of some $44m, without the need for new equity finance and without placing undue strain on the balance sheet, said Mr Sisay. The funding package includes 70% from internal cash flow, proceeds released from the agreed deferral of repayments on a loan from the government of Sierra Leone, and a ”modest drawdown” on the company’s $30m senior loan facility from Nedbank .

Sierra Rutile has a standby loan facility of up to $15m from its majority shareholder, Pala Investments, to cushion against any unexpected capital cost overrun or lower than projected operating cash flows during construction.

Mr Sisay said in London: “We are not raising money, but we are on a roadshow to present ourselves as a stable company with a positive cash flow.”

Construction has just begun on the dry mining project, with first production targeted by the end of second quarter 2016. The company is keeping its options open over phase two, which depends on market conditions.  By giving the green light to Gangama, the company will place more emphasis on dry mining, a more flexible and capital-efficient operation than the dredge methods which it has used elsewhere.

The company is the second largest producer of natural rutile, supplying 15% to 17% of global demand, and Gangama could lift that figure to 20%. Growing demand is being seen internationally   both for pigments, and for aircraft with composite frames, engines and fixtures. The new generation of planes need much more titanium in their construction, Neil Gawthorpe, Sierra Rutile marketing director, said at the London presentation. “For the manufacture of aircraft, it is going to become a ‘security of supply’ issue. I think titanium will become a strategic metal.” Globally, the pigment industry is consolidating and there are only six major producers. Its success is closely tied to the economic cycle.

Natural rutile is the premium feedstock, says the company, for the chloride process, the preferred method over the competing sulphate process, being cheaper, more efficient, and emitting less greenhouse gas. In North America, almost all production is via the chloride process, and China’s 12th five-year plan stipulated a move to chloride-based production.

Sierra Rutile’s proactive approach to the challenge of ebola positioned it to remain focused on growth, said Mr Sisay.“Many other operators struggled to contain the impacts of ebola, but we have worked tirelessly to mitigate these and emerge even stronger as an organisation.”

The direct impact on production from ebola was limited to four days of shutdown, but the indirect impact was felt most acutely in extended maintenance shutdowns, caused by the slow provision of parts and materials, and a prolonged commissioning of an upgrade of the mineral separation plant. Keeping a grip on costs was achieved, although ebola-linked inflation affected some products and services.  When regular flights stopped, the company had to charter planes to bring in equipment.

“The whole country suffered and the economy suffered dreadfully from the ebola crisis, ” said Mr Sisay, but company management and staff put in huge efforts and were able to protect the workforce of 1, 500, and 500 contractors. The company patterned its response on its anti-malaria guidelines, employed almost 100 people checking the workforce, and hired people to patrol and to man checkpoints 24 hours a day. “Public health has become ingrained in our CSR [corporate social responsibility] programmes, ” said Mr Sisay.

He said that the company was still calculating the final cost of the ebola restrictions. It continued to support Sierra Leone’s efforts to contain ebola, had made donations nationally and locally, provided education about the disease and supported monitoring.

In tackling the emergency, the UK government was the country’s main partner in terms of supplies and logistics, but, said Mr Sisay, the general consensus was that everybody was slow off the mark in explaining the gravity of the situation, including the Sierra Leone government and the World Health Organization. “It took a good three or four months before people really understood how to tackle the problem.”

More than 3, 500 people have died in Sierra Leone from the disease. The trend has been declining in April and May 2015, but restrictions will be fully lifted only 42 days after the last confirmed case.