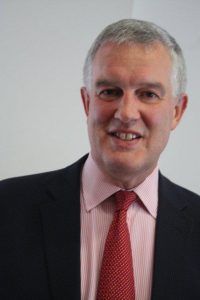 Mr Paton, managing director of Richards Hogg Lindley, one of the leading firms of average adjusters, succeeds Paul Rowland, a director of the same firm.  Speaking in London where his new post was confirmed by the Association’s annual gathering of their Fellows, Mr Paton said that he plans to encourage the Association to build on its role as an integral component of marine claims handling in London and in the international markets.

Average adjusters are experts in marine insurance and maritime law, who may be appointed by any party in a marine claim. Essentially practised problem-solvers, they are obliged by the terms of their profession to act in an impartial and independent manner.

Mr Paton said that a good example of the practical solutions being advanced by average adjusters in consultation with the market were the amendments to the Association’s Rules of Practice adopted on a probationary basis at the Association’s 2014 annual meeting and confirmed at the 2015 meeting.

One of the amendments related to the entitlement of the assured to recover the reasonable cost of repairs, or to defer repairs in a case of particular average. The amendment reflected long-standing market practice and would have far-reaching consequences, said Mr Paton. It was made in response to a legal suggestion that, if repairs were not carried out by the time a policy had expired, the assured could only claim on an unrepaired damage basis. There would be adverse implications if assureds had to rush to carry out repairs before policy expiry or put themselves at the risk of vessel market fluctuations by having to claim after expiry on an unrepaired damage basis. Broker support for the amendment to the Rule of Practice had been expressed by George McMenamin, as chairman of the London Insurance Brokers Committee marine claims sub-committee, at the Association’s 2014 annual meeting.

Mr Paton said that a glance at the membership composition of the Association would show how it was “incredibly international.”  At the last analysis there are about 560 people from 37 countries who are Fellows, Associates, Subscribers and Representatives and Affiliates.

He added: “There was an old-fashioned view that the Association was completely UK-centric and somehow ‘at the edge of the solar system’ as a very niche player. Now it is a fully international body whose members have a wide claims-handling role worldwide.

“In that regard, I am delighted that our latest member to qualify as a Fellow after sitting our rigorous exams is based in Hong Kong.  He is Matthew Cao, whom we welcomed as a new Fellow at this year’s AGM.”

Mr Paton said that a priority for his term of office would be communicating effectively and regularly with members of the Association. In the future, it would be important the Association held more meetings and seminars around the world at which the chairman, the vice-chairman and other Fellows could exchange views with members. “We have now expanded membership numbers, particularly in the Associate category, so much that it is important to engage with them face-to-face and to make them feel that belonging to the Association is worthwhile.”

More broadly, Mr Paton is keen to promote the Association as an integral part of the London and international marine claims markets. The popular biannual London seminars will be held in conjunction with the International Underwriting Association, one in autumn 2015 and one in spring 2016. There will be a drive to increase collaboration with ‘like-minded’ insurance and marine industry associations and committees to which the Association can contribute its technical knowledge and expertise.

Mr Paton noted that many of the men and women sitting the Association’s prestigious exams were not necessarily practising average adjusters, a sign that the exams were highly regarded by those keen on developing their knowledge of handling marine claims. From the exams in October 2014 and March 2015 a total of 30 candidates qualified as Associates, bringing the total figure of Associates to more than 150 from 30 countries, further underlining the international aspect of the Association’s membership.

“With the support of my vice-chairman, Keith Martin, we hope to put in place long term structures and strategies that our successors can follow to enable the Association to flourish in the future.”

The Association will be represented in several important industry gatherings in the coming months, including the International Marine Claims Conference in Dublin; the International Cargo Claims Conference in Oxford; the Association Mondiale de Dispacheurs (the world body for average adjusters with members in 20 countries) in Bath, England; the annual meeting in New York of the Association of Average Adjusters of the United States and Canada; and a meeting in Istanbul of the working group of the Comité Maritime International  (CMI) reviewing the York-Antwerp Rules on General Average ahead of a hoped-for revision of the Rules in 2016. Members of the Association have historically played a leading role in the quest for international uniformity in the adjustment of General Average by means of the York-Antwerp Rules.

Mr Paton is based in the Liverpool office of Richards Hogg Lindley. In his adjusting career he has specialised in handling hull and machinery and general average claims for clients in the Middle East and Gulf, Asia, the UK, Russia and Ukraine.

Keith Martin is the new vice-chairman of the Association of Average Adjusters. Following a career in salvage adjusting and marine loss adjusting, Mr Martin is presently the UK energy claims advocacy leader for the Marsh broking group.

The Association’s private members’ meeting elected two Fellows to join important committees: Burkhard Fischer, a director of Albatross Adjusters of Limassol, will join the Committee of Management and Michiel Starmans, director of the legal department at Spliethoff’s Bevrachtingskantoor, Rotterdam, the Advisory and Disputes Resolution Panel, their presence indicating how the Association has become international in character.

Diana fixes the “Calipso” with CSBC and other news