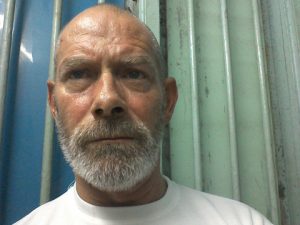 The Mission to Seafarers has been informed by the crew of the Seaman Guard Ohio from India this week that they will not be released to leave, as they had eagerly anticipated. Instead, the Supreme Court Judge in Delhi has referred the case back to the Magistrate Court in Tuticorin, to go to full trial. This is grave news to the men, who have been held without trial for 625 days since 18 October 2013. The trial may take up to six months to begin.

Paul Towers, from the Seaman Guard Ohio crew, speaking from India this week, said: “The Supreme Court in Delhi issued the order for a trial on 1 July. We have now received the judgement and are taking urgent advice to understand the reasons for our case being referred back to the original court who imprisoned us, which is the Magistrate Court in Tuticorin. The decision to find that there were no charges to answer came from the High Court in Madurai on 10 July 2014, however we were unable to leave India, as our passports and belongings were retained by the court, and to that end we could not return home to our distraught families.

Obviously after long sleepless nights this week, we were devastated to hear that the Supreme Court has upheld the Prosecution appeal, after spending 21 months in India ourselves. Our families are beyond broken, both financially and mentally; to see my wife in tears is heart-breaking.

“The British maritime contractors have world recognized credentials to complete our duty for any shipping company. These credentials meet the International Maritime Organization and Maritime Coast Guard Authority (MCA) requirements and all shipping company requirements for the use of Private maritime security companies (PMSC) operating with privately contracted armed security personnel (PCASP), holding approved Seamens’ Cards and Discharge Books, Maritime Fire Arms Competency Certificates and who undertake Criminal Records Checks every six months. To be told these documents are worthless outside of the UK and to be treated like common criminals, is surely a gross abuse of our human rights, as indicated in the March 2015 by the Human Rights At Sea (HRAS) charity case study document which was issued to the press.”

I cannot express any further the pain and agony this has caused to our families and friends who have supported us throughout this protracted nightmare. My special thanks goes to Ken Peters Director of Justice and Public Affairs at The Mission to Seafarers, the British Legion and Veterans Aid UK, in their efforts to feed and accommodate us. Without this assistance we would be sleeping in the streets.”

The Seaman Guard Ohio vessel was escorted into Tuticorin port on 12 October 2013 by the Indian coastguard, from a point of anchor at the outer port limits. The vessel had been patrolling in legitimate support of merchant shipping which was being properly and lawfully protected against the very real threat from Somali pirates. Employer and shipping company Advanfort from the US are supporting some of the crewmen with sporadic financial aid for legal fees, but have not paid the 35 crewmen their contracted wages since they were seized.

The men are now facing a retrial and rearrest for the original charges. The charges relate to carrying arms, illegal refuelling of the vessel at sea and straying into Indian territorial waters. The men have consistently and absolutely protested their innocence of all charges and appealed to the United Kingdom and Indian authorities for a reasonable and lawful approach to this matter under maritime law.

All 35 men originally detained (sailors, maritime guards and officers) who were on board, now face a trial, including the 6 British men, all ex-military, and who served their country loyally in wartime. Indian, Estonian and Ukrainian nationals have also been detained and are implicated. The Indian authorities, and particularly the local Police in Tuticorin known as Q Branch, are convinced that the vessel was operating illegally.

The Mission to Seafarers and other maritime charities are making an appeal via the Foreign and Commonwealth Office (FCO) and the UK parliament, for urgent and immediate diplomatic interventions on this matter.

Human Rights at Sea (HRAS) has been independently developed for the benefit of the international community for matters and issues concerning human rights in the maritime environment. Its aim is to explicitly raise awareness, implementation and accountability of human rights provisions throughout the maritime environment, especially where they are currently absent, ignored or being abused.