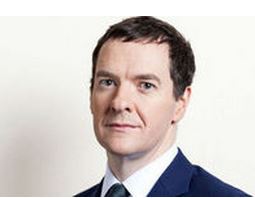 George Osborne spoke in Parliament on the latest developments in the financial crisis in Greece and how they might affect British citizens.Mr Speaker, I last updated the House on the situation in Greece a week ago. Since then, the Greek government has failed to make the IMF payment that were due. And the Greek people have expressed a decisive view in yesterday’s referendum, and rejected the creditors’ terms.

Greece is a proud nation and a very long standing ally of the UK and we respect the decision of its people.

But there is considerable uncertainty about what happens next. We need to be realistic – the prospects of a happy resolution of this crisis are rapidly diminishing.

We are urging all sides to have a final go at trying to reach an agreement that defuses the crisis.

The next steps are the ECB discussion taking place right now, tonight’s Franco-German summit, and tomorrow’s gathering of Eurozone leaders.

If there is no signal from these meetings that Greece and the Eurozone are ready to get around the table again, we can expect the financial situation in Greece to deteriorate rapidly.

For now, the British government’s position remains the same. We will do whatever is necessary to protect the UK’s economic security at this time.

This morning, the Prime Minister chaired a meeting, attended by the Governor of the Bank of England, myself and others to review our response to the ongoing crisis.

So far the financial market reaction has been relatively contained. Private sector exposures are far less than 3 years ago, and the Eurozone authorities have said that they stand ready to do whatever is necessary to ensure the financial stability of the euro area.

But the risks are growing, so it is right that we remain vigilant and monitor the situation carefully. I am in close contact with the Governor.

We are also acting to protect British residents and holidaymakers in Greece.

Last week I told the House that the Department for Work and Pensions and public service pension administrators had started contacting Greek residents that draw a British state or public sector pension from a Greek bank account.

I can now confirm that DWP has spoken to 2, 000 people, advising them on how to switch payments to non-Greek bank accounts if they wish.

And DWP has enabled people in Greece who receive a UK state pension to set up a UK bank account if they do not already have one.

International payments into Greece are still exempt from the restrictions that the Greek authorities have placed on the banking system.

So I can confirm today that UK government payments, including state pension and public service pension payments, will continue to be made in the usual way.

And we are doing more to keep holidaymakers and residents informed about the developing situation.

We are in regular contact with the travel industry to understand the impact on British nationals.

We have increased the number of Foreign Office staff in our embassy in Athens, to be prepared for whatever happens.

And on the islands of Crete, Corfu, Rhodes and Zakynthos, where many British tourists are, and where we already have a vice-consular presence, we have deployed more consular staff to support the teams there.

But it is unrealistic to think that we can provide a consular presence on all the Greek islands and that’s why we urge everyone travelling to Greece to look at the travel advice before they go.

It is clear British holidaymakers should take sufficient euros in cash to cover the duration of their stay, emergencies, unforeseen circumstances and any unexpected delays. Travellers should be careful and take sensible precautions against theft.

As the economic crisis in Greece persists, there are greater risks of shortages. In recent days the media have reported a shortage of medical supplies in Greece. Therefore, I want to reiterate the Foreign Office’s advice that UK travellers take sufficient supplies, including prescription medicines, for the duration of their trip.

Going forward, we will continue to ensure that travel advice is regularly updated with the latest information and Her Majesty’s Ambassador in Athens will provide regular updates there on the UK response in Greece.

Finally, we have put in place measures to support British businesses.

HMRC’s Time to Pay Scheme is now open to help businesses that are experiencing cash-flow problems as a result of the banking controls in Greece.

The Department for Business, Innovation and Skills has published detailed guidance to help business, which can be found on the government’s website.

And businesses experiencing problems with their Greek contracts can call the Business Support Helpline, which will direct them to commercial lawyers with experience in the Greek market. Or they can contact their member of Parliament, and we will provide direct advice.

The Trade Minister met major UK companies and business groups last week to discuss the situation, and he will have further meetings this week.

This is a critical moment in the economic crisis in Greece.

No-one should be under any illusions.

The situation risks going from bad to worse.

Britain will be affected the longer the Greek crisis lasts, and the worse it gets.

There is no easy way out. But even at the eleventh hour we urge the Eurozone leaders and Greece to find a sustainable solution.

Meanwhile, here in Britain, we must redouble our efforts to put our house in order.

And in the Budget in 2 days’ time, I will set out exactly how we will do that.