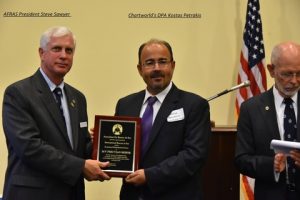 It is universally known the contribution of saving lives at sea whether this comes from maritime accidents, or from other reasons, as such as the lately Migrants issue which over the last two years has become, unfortunately, the number one theme.

In one of these cases, the Bahamian vessel “Peruvian Reefer”, managed by Chartworld Shipping Corporation, was specially awarded from the Association For Rescue At Sea (AFRAS) at a ceremony which took place on the 9th September 2015 at U.S. House of Representatives Washington DC, for International Rescue at Sea and for Exceptional Humanitarian Service. 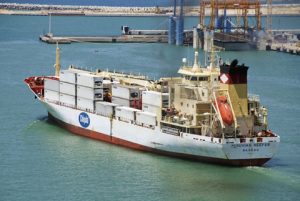 M/V “Peruvian Reefer” rescued 210 migrants from two boats, one which capsized and sunk, in the Mediterranean Sea off the coast of Libya on 08 June 2014. 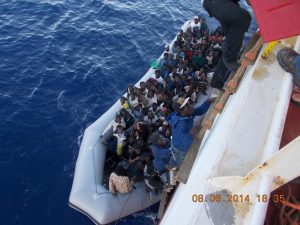 From the rescue operation of the migrants, seen from the m/v   Peruvian Reefer’s deck