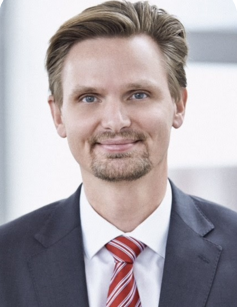 In a move intended to allow the European shipping industry to stay abreast of recent developments, European shipowners have widened the scope of the former ECSA Piracy Working Group, which has been renamed “ECSA Maritime Security Working Group” .

Topics under the remit of the new working group range from piracy and armed robbery at sea to cyber security, as well as the humanitarian crisis in the Mediterranean, where European shipowners have taken centre stage in the efforts to rescue migrants at sea.

Commenting on the activities of the new working group that he will henceforth be chairing, Global Security Manager for Maersk Line Jakob Paaske Larsen (photo) said: “Migration at sea is without a doubt an issue that we will continue to follow very closely. Merchant vessels have rescued thousands of people at sea despite great risks for the safety and security of the migrants, crews and ships. Furthermore, the shipping world is still under threat from pirates in West and East Africa, with new hotspots emerging in South East Asia.”

The first meeting of the new working group, which took place last week, was also attended by representatives from the European External Action Service, the European Commission, Member States’ NATO delegations and Frontex.

“We wish to establish and maintain good contacts with the relevant institutional stakeholders. The nature of these issues is such that it requires industry and political decision-makers to work hand in hand. We therefore look forward to a constructive and mutually beneficial dialogue” said Mr Larsen.

Creativity will truly set out to sea in 2016…